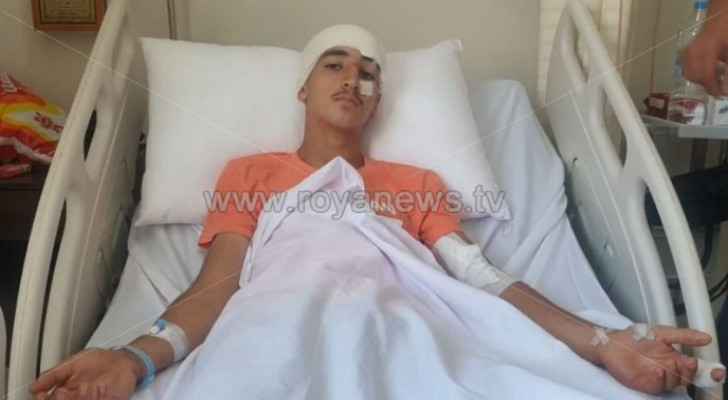 An unknown person stabbed a boy several times with sharp objects in Irbid for trying to defend his 14-year-old sister from harassment.

The father of the boy, Alaa El-Din Haderi told Roya that a person tried to harass his daughter while she was near their house, and when her brother came to defend her, he was beaten and stabbed with sharp objects.

In turn, the Public Security Directorate (PSD) confirmed the attack, noting the boy was stabbed in the face and head.

The father said that his son was taken to a Princess Basma Governmental Hospital to receive treatment.

His condition is stable.

The boy's father called on the security services to quickly arrest the perpetrator and impose the maximum penalties on him.

The identity of the attacker was not disclosed, with the PSD pointing out that a search is underway for the aggressor, who fled.