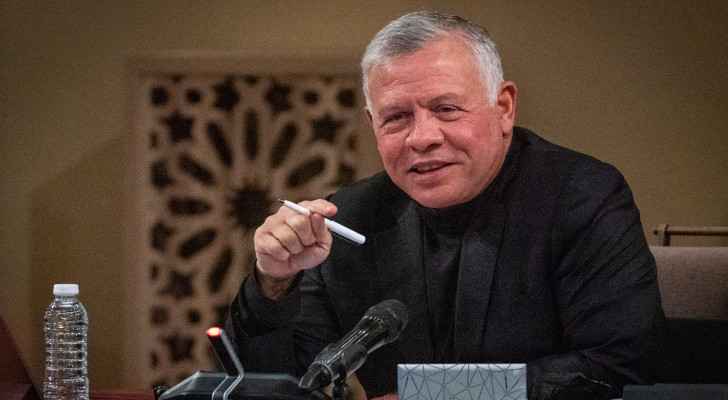 His Majesty King Abdullah II Sunday reaffirmed the need to unify efforts towards the recovery of the tourism sector, and enhancing its competitiveness.

At a meeting with representatives of the tourism sector, attended by His Royal Highness Crown Prince Al Hussein bin Abdullah II at Al Husseiniya Palace, King Abdullah highlighted the need for the private and public sectors to work collectively on advancing the economy, placing emphasis on sectors that are reopening, especially tourism.

His Majesty called for intensifying efforts to develop the tourism product in the Kingdom, as well as promoting it locally, regionally, and internationally.

The King noted work to accelerate vaccinating workers in the sector over the past weeks, and the reopening of tourist facilities, in line with health protocols.

His Majesty said there is a need for the government to outline its measures to develop economic sectors, in cooperation with the private sector, within specific timeframes, in order to achieve economic growth, enhance employment, and improve services.

The King underlined the need to build on efforts to promote tourism to the “Golden Triangle” of Petra, Wadi Rum, and Aqaba, as well as through the “Urdun Jannah” programme, while also expanding on the impact of economic incentives provided to the sector and the relaunching of promotion campaigns for incoming tourists.

In addition, His Majesty called for attracting new low-cost carriers to increase the number of incoming tourists, urging private sector representatives to maintain cooperation and planning with the government to enhance the sector’s performance, which has great potential.

The King was briefed by Prime Minister Bisher Khasawneh, Tourism Minister Nayef Al Fayez, and Aqaba Special Economic Zone Authority Chief Commissioner Nayef Bakhit on the measures in process to facilitate the recovery of the tourism sector, due to its importance and substantial contribution to the gross domestic product.

Director of the Office of His Majesty Jafar Hassan attended the meeting.

His Majesty King Abdullah II, accompanied by His Royal Highness Crown Prince Al Hussein, meets with representatives of the tourism sector, and stresses the importance of unifying efforts towards the sector’s recovery and enhancing its competitiveness #Jordan pic.twitter.com/YfUQuLgFqq