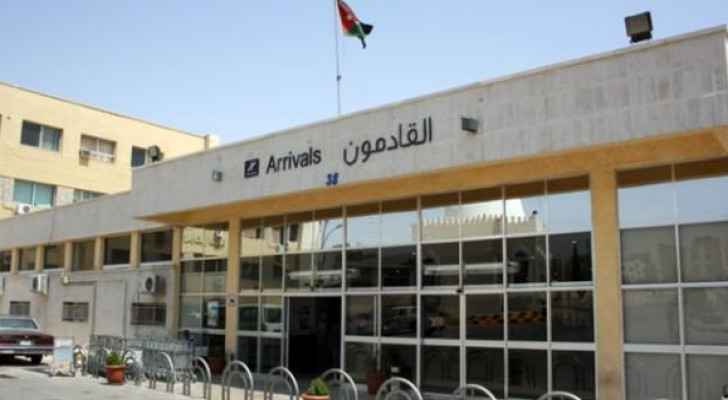 Sunday, the Minister of Transport Wajeeh Al-Azayzeh emphasized the requirement of re-operating Marka Airport (Amman Civil Airport), noting it is a strategic necessity, especially since it does not require large sums of money.

Azayzeh reviewed the ministry’s strategy and vision towards addressing the most prominent challenges of the transport sector in Jordan, which may not be partially addressed and cannot be attractive to investment unless it is considered a necessary and vital service sector for citizens, such as the health and education sector.

Azayzeh said that a committee for the public transport sector has been formed, composed of decision-makers in the sector, and sub-committees will emerge from it specialized in addressing current challenges, in order to reach a comfortable, safe and consistent transport sector.

Sunday, the Senate’s Financial and Economic Committee, headed by MP Jamal Al-Sarayrah, met with Azayzeh, the Chairman of the Board of Commissioners of the Civil Aviation Authority, Haitham Mesto, the Director General of the Jordan Airports Company, Ahmed Al-Azzam, and the Head of the Media and Strategic Studies Department at Al-Hussein Bin Talal University, Hussein Abdullah Al-Da'jah.

MP Al-Sarayrah said the meeting comes within the framework of efforts to advance the transport sector in its various forms, especially as it is one of the sectors "most affected" by the repercussions of the pandemic.

He stressed that the committee seeks, by holding a series of meetings with officials of various important sectors, to reach effective recommendations that address the most prominent challenges of the sectors and push the wheel of the economy forward, pointing to the importance of involving national universities to attract local minds in entrepreneurship in all its forms.

Mesto discussed air transport, which he considered a key driver of the economy, as well as low-cost aviation.

In turn, Azzam said Marka Airport stopped operating for commercial use in 2017, indicating that the company needs JD 21 million to modernize the airport.

Azzam said modernizing and renovating the airport requires a time period of one and a half years to be able to operate in parallel to Queen Alia International Airport.

Da’jah presented a preliminary feasibility study for a low-cost passenger and freight airline, stressing that low-cost aviation is rising at a rapid pace, and provides a fertile environment for investment and is attractive to travelers, as operating companies are witnessing increasing demand, in addition to the growth of the global middle class.

Transport minister to take part in ABM meeting in Cairo