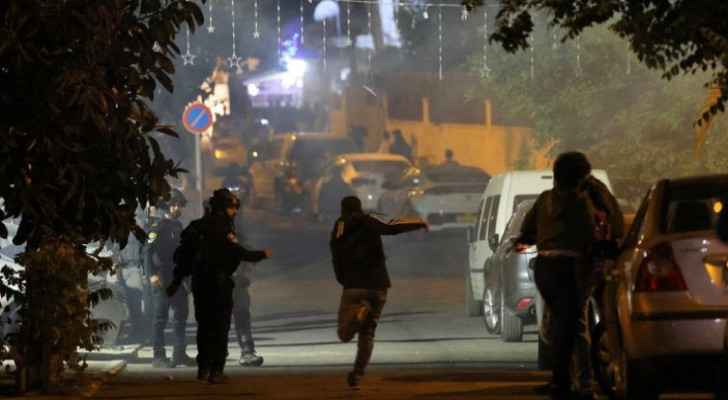 Saturday evening, Israeli Occupation settlers attacked the residents of the Sheikh Jarrah neighborhood and Palestinians' homes close to the houses they forcibly seized in Occupied Jerusalem.

The Palestinian News Agency Wafa, quoted eyewitnesses who said there were violent confrontations between settlers and Palestinians, during which the Israeli Occupation Forces (IOF) fired stun grenades and tear gas.

In a video that circulated across social media platforms, the residents of Sheikh Jarrah appealed to Jerusalemites to head to the neighborhood in order to stand by them and support them.

Palestinian activist Mona al-Kurd explained that the Israeli Occupation has set a date of appeal for the four families threatened with deportation (Al-Kurd, Al-Qasim, Al-Jaouni and Skafi) on August 2 of this year.

Notably, the Sheikh Jarrah neighborhood is closed off with cement blockades, in addition to military checkpoints, and dozens of police and army personnel who have besieged the neighborhood for the past 34 days.