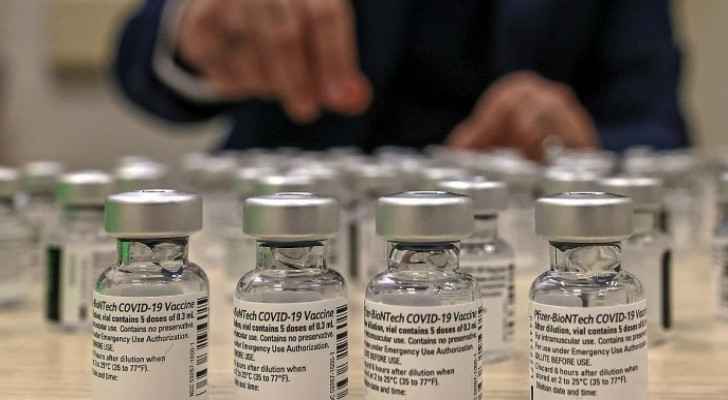 Saturday, an official from the Ministry of Health of the Israeli Occupation said the vaccines that were sent back by the Palestinian Authority will be 'thrown in the garbage.'

Hebrew media reported that discussions with the Palestinian Authority to conclude a deal to exchange coronavirus vaccines are ongoing, despite the Palestinian government’s announcement Friday that it will be cancelled.

The Hebrew news website Haaretz said the Palestinian Authority "knew the expiration date of the vaccines, before signing the deal", and that the cancellation of the deal came after people expressed criticism.

Friday, the Palestinian government decided to send back the coronavirus vaccines, due to a "lack of conformity with the specifications.”

The official spokesperson for the Palestinian government Ibrahim Melhem said, in a joint press conference with the Minister of Health Mai al-Kaila, that after the technical staff in the ministry examined the first batch of Pfizer-BioNTech vaccine, which was estimated at 90,000 doses, it was found that they do not conform to the specifications of the agreement.

Those vaccinated can enter Jordan through King Hussein ....

Those vaccinated can enter Jordan through King ....

Those vaccinated can enter Jordan through King ....

Those vaccinated can enter Jordan ....