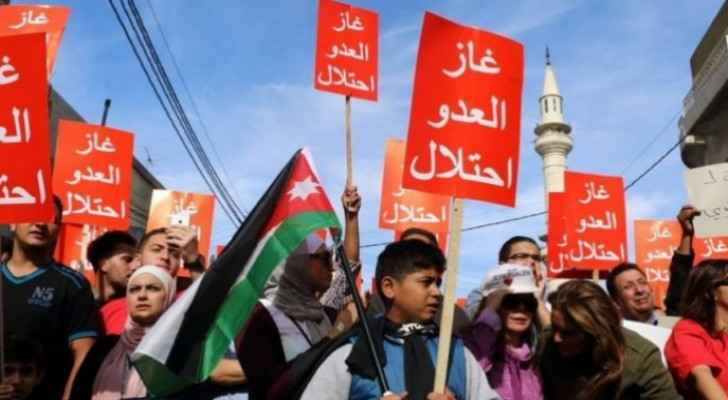 The Jordanian national campaign to drop the gas agreement with the Israeli Occupation said Saturday that it will hold a press conference Sunday at 12pm to announce news submitted to the Attorney General, against the Prime Minister and his government, and the boards of directors of the National Electric Power Company (NEPCO) and the Arab Potash Company.

The news is related to reporting crimes committed against Jordan and its people, supporting Zionist terrorism, violating international law, and supporting war crimes.

They explained that the speakers at the conference, which will be held at the headquarters of the Islamic Action Front Party, will be deputies, human rights activists, party leaders, labor and professional leaders, and activists, in addition to the campaign's general coordinator and members of the follow-up committee.

In early September 2014, Jordan’s official news agency (Petra) reported that NEPCO had signed a letter of intent to import large amounts of natural gas extracted from the Mediterranean seabed.

Later, it was disclosed that the gas would come from the Leviathan gas field, the Israeli Occupation's largest offshore gas field.

The deal with the Israeli Occupation pledged 10 billion dollars of Jordanian taxpayer money over a 15-year period.