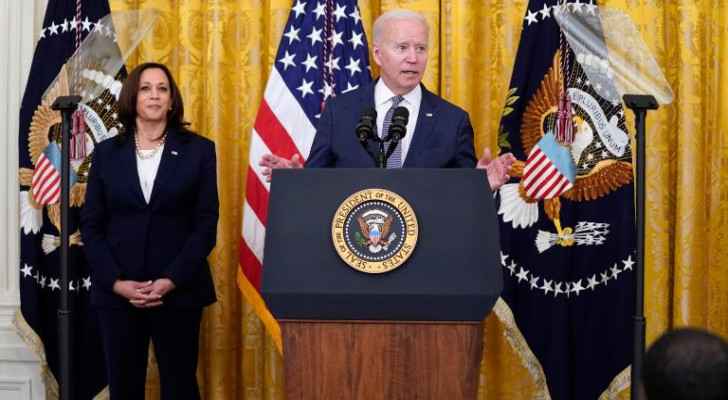 US President Joe Biden Thursday signed into law a law making June 19 a federal holiday to commemorate the emancipation of Texas' last slaves in 1865.

The Democratic president stressed during a symbolic signing that slavery, which the United States formally abolished in December 1865 after it had prevailed for 250 years, is a "moral disgrace" and the "original sin of America."

By declaring June 19 a federal holiday, he added, "all Americans can feel the power of this day, learn from our history, celebrate the progress we've made, and see how far we've come."

But Biden stressed that the emancipation of American Black slaves "was only the beginning" of efforts to "fulfill the promise of racial equality."

He added, "We must continue to walk to fulfill this promise because we are not there yet," at a time when the Black minority (13 percent of the population) continues to suffer discrimination in various aspects of life, including employment, housing and even health.

Wednesday, Republicans and Democrats passed this law in a unity of position rarely seen in the Capitol recently.

When it was passed in Congress, Democratic Representative Sheila Jackson Lee said, "This day represents freedom."

The law stipulates that the so-called "Juneteenth" - a word that combines the name of the month of June and the date of the 19th - is a holiday.

"Acknowledging and learning from past mistakes is essential to moving forward," Republican Senator John Cornyn, who co-sponsored the project, wrote.

June 19 is basically a public holiday in some US states including Texas, but not at the federal level.

Calls to make it a federal holiday multiplied after the killing of George Floyd, who was killed by a white policeman on May 25, 2020.

Democratic House Speaker Nancy Pelosi said Wednesday that June 19 "reminds us of a history marred by brutality and injustice, and reminds us of the responsibility we have to build a future of progress for all that respects the ideals of equality" in the United States.

Jordan receives first batch of US cash grant worth USD 600 ....