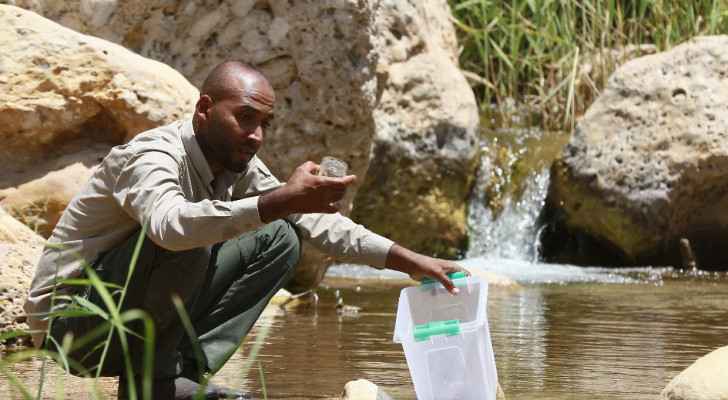 Jordan is racing against time to save a tiny rare fish from extinction as falling water levels partly triggered by global warming threaten to dry up its last habitat.

The Dead Sea toothcarp -- scientific name Aphanius dispar richardsoni -- has been on the red list of the International Union for Conversation of Nature since 2014.

Ibrahim Mahasneh, the manager of Fifa Nature Reserve said, "We have a unique department to conduct studies, research and monitor species, and we have a researcher specialised in this matter. Usually, we assess the ecological situation in the reserve through the environmental indicators that exist for this system."

Mahasaneh continiued, "The lizard community is one of the indicators of the integrity of the system kept within the reserve. Currently, we are working together with the Department of Study and Research to rehabilitate species that may be under threat or about to be."

This fish is threatened with extinction at the global level, according to him. However, Mahasaneh stressed, "It is endemic here and does not exist elsewhere. Currently, we are in the process of reintroducing it within a water body. "

"We are making a special pond exclusively for this species, we collect the Aphanius fish, then place them in it. We try not to introduce any other type of fish in the pond."

He emphasized the need for this alternative to work, noting this fish is 'one rank' below critically endangered.