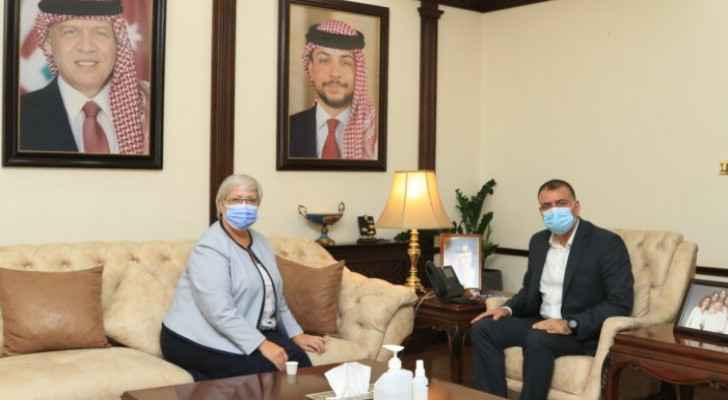 Thursday, the Interior Minister Mazen al-Faraya met with the Canadian Ambassador to Jordan Donica Pottie to discuss ways to strengthen economic, political and security cooperation between the two countries.

During the meeting, Faraya stressed the importance of improving existing cooperation in a way that would benefit both countries, including the exchange of information and expertise to combat crime.

The discussion also touched on the refugee waves that the Kingdom is facing and Faraya said Jordan deals with refugees in accordance with humanitarian principles and the relevant legal framework.

Pottie pointed to the "deep-rooted, strong and historic" relations between the two countries and the ‘distinguished’ level of joint cooperation in various fields, saying Canada wishes to continue investing in them.

Faraya and Pottie agreed to continue efforts to enhance the joint cooperation in different fields.