Here are the latest developments of coronavirus around the world

Here are the latest developments of coronavirus around the world 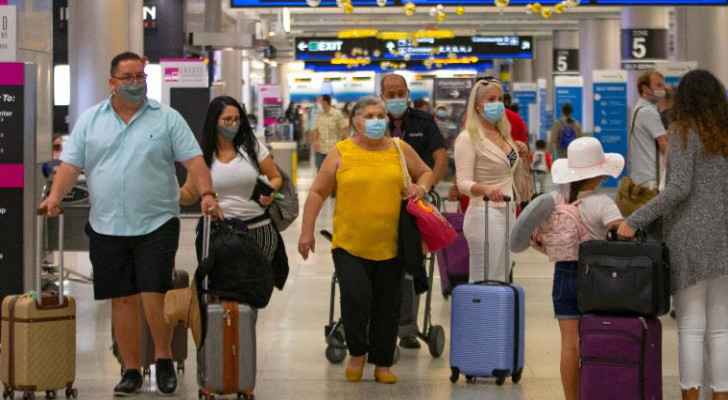 Here are the latest developments related to the spread of the coronavirus around the world as of Thursday:

The World Health Organization office in Africa warned Thursday that the third wave of the COVID-19 pandemic is "accelerating" on the continent with new mutations and called for an increase in the supply of vaccines.

The Director of the Health Organization in Africa, Matshidiso Moeti, said in a virtual press conference that the number of "infections is increasing by 22 percent per week" across the continent.

She called for intensifying the delivery of vaccines, saying that "Africa needs these doses now to stop the third wave."

- State of emergency lifted in Tokyo -

The Japanese government confirmed that it will lift the state of health emergency on Sunday in most areas of the country, including Tokyo, which is scheduled to host the Olympic Games in about a month, while maintaining some restrictions.

Japanese Prime Minister Yoshihide Suga announced Thursday that the measures will end Sunday in Tokyo and eight other regions in the country, but will be extended until July 11 in Okinawa (southwest).

Restrictions will continue to be applied until the same date in Tokyo and six other regions, especially for bars and restaurants that were allowed to serve alcoholic drinks, but only until 19:00, and they will have to continue to close their doors at 20:00 as is the case now.

Japan also announced Thursday that it will give Japanese travelers the option of a vaccine passport.

France Thursday lifted its mask mandate in outdoor spaces, and will lift the curfew Sunday, thanks to the faster-than-expected improvement in the epidemiological situation, the government said.

In a decision published in the Official Gazette on Thursday, travelers from Canada and the United States are now classified in the green category in France and will be able to travel to the country easier. Turkey has now exited the red category that Afghanistan was included in.

Thursday, French Health Minister Olivier Veran issued an "call" to medical therapists, especially in nursing homes who have not yet been vaccinated, to receive the vaccine, threatening to make the vaccination compulsory for them.

"I call on employees in care homes to receive the vaccine," the minister said, warning that if "the situation does not improve by the end of the summer, we will raise the issue of making the vaccine mandatory for these people."

The European Commission has approved a plan for the economic recovery of Greece, which will receive 30.5 billion euros in financing, including 17.8 billion in direct subsidies and 12.7 billion in the form of loans, with the aim of mitigating the economic effects of the epidemic, as Commission President Ursula von der Leyen announced in Greece Thursday.

These national plans will be funded by a massive 750 billion euro economic recovery plan approved by the European Union and funded by an unprecedented syndicated loan.

- Austria back to normal -

Thursday, the Austrian government announced the reopening of dance halls from July 1, after most of them had closed since the first wave of the epidemic in March 2020, as well as the lifting of restrictions related to cultural events.

It will also abolish its outdoor mask mandate.

"The situation is good, very good, and better than expected," Conservative Chancellor Sebastian Kurz told a news conference in Vienna.

- New restrictions on the use of AstraZeneca in Australia -

Australia has recommended against giving the AstraZeneca vaccine against Covid-19 to those under the age of 60, in a new blow to the country's vaccination campaign.

Health Secretary Greg Hunt said concern about possible links to blood clots now means Pfizer is "the preferred vaccine" for everyone under the age of 60.

- Britain: lawsuit against the government over travel restrictions -

Irish airline Ryanair and Manchester Airports Group are suing the British government on Thursday over travel restrictions linked to Covid.

The number of deaths recorded last year in the Madrid region, the epicenter of the Covid epidemic in Spain, increased by 41 percent in 2020 compared to 2019, according to official statistics published Thursday.

In 2020, 66,683 deaths were counted in the Madrid region, which includes 6.7 million people, or 41.2 percent more than in 2019, according to a statement issued by the National Statistics Institute, which did not specify the causes of these deaths.

The Corona virus has killed 3,835,238 people in the world since the World Health Organization office in China reported the emergence of the disease at the end of December 2019, according to a census conducted by Agence France-Presse based on official sources Thursday at 10:00 GMT.

The numbers are based on daily reports issued by health authorities in each country and exclude subsequent reviews by statistical agencies that indicate much higher death numbers.

The World Health Organization considers that the outcome of the epidemic may be two or three times higher than the officially announced outcome.