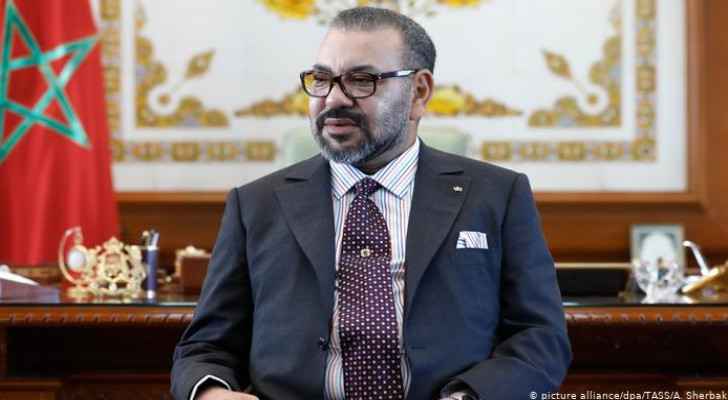 Moroccan King Mohammed VI Wednesday congratulated Israeli Occupation Prime Minister Naftali Bennett on his election, stressing the kingdom's keenness to continue its efforts to "serve a just and lasting peace" in the region ahead of an upcoming visit by a Hamas delegation headed by Ismail Haniyeh.

"I assure you of the Kingdom of Morocco's keenness to continue its active role and its benevolent endeavors aimed at serving a just and lasting peace in the Middle East that guarantees all the peoples of the region to live side by side, in security, stability and harmony," the Moroccan monarch said in a congratulatory cable.

Morocco was the fourth Arab country to resume relations with the Israeli Occupation late last year under an agreement sponsored by the administration of former US President Donald Trump. It also provides for the United States' recognition of Morocco's sovereignty over Western Sahara, which is disputed with the Polisario Front.

Wednesday, a delegation from the Palestinian Hamas movement, led by the head of its political bureau, Ismail Haniyeh, will arrive in Morocco, at the invitation of the Justice and Development Party, the leader of the government coalition, according to AFP, Deputy Secretary-General of the party, Suleiman Al-Omrani.

This visit falls "within the framework of relations between the Kingdom and Palestine and a contribution to support the Palestinian cause, consultation and exchange of ideas," including meetings with some Moroccan political parties, according to El Amrani.

The moderate Islamist Justice and Development Party is ideologically close to the Palestinian movement Hamas.

Since the signing of the agreement to normalize relations with the Israeli Occupation, the Moroccan monarch, who heads the Al-Quds Committee, affirmed the kingdom's "steadfast position on the Palestinian issue, based on the two-state solution," stressing that negotiations are the only way to reach a settlement.

The Moroccan Foreign Ministry renewed this position during the Israeli Occupation bombing of the Gaza Strip in May, while Islamist and leftist movements organized pro-Palestinian demonstrations and condemned normalization.

Moroccan plane lands in Israeli Occupation ahead of ....