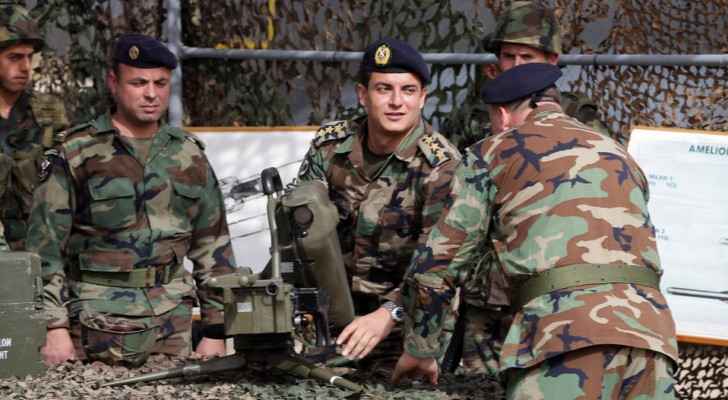 Paris will organize an international conference on Thursday to secure emergency aid to the Lebanese army, which is suffering at its core from the unprecedented economic crisis facing Lebanon.

About 20 countries, including the United States, the Gulf states and several European countries, will participate in the virtual conference, as well as representatives from the United Nations and the European Union, as the French Minister of the Armed Forces, Florence Parly, became during a cabinet meeting on Wednesday.

"For several months, the Lebanese army has been facing difficulties in securing its basic needs" related to food and equipment maintenance, its sources said, adding, "What increases the seriousness of the problem is that the Lebanese army is an essential institution that prevents the security situation from deteriorating significantly."

The same source explained that the Lebanese army has detailed "very specific needs" in terms of foodstuffs, such as milk, flour and others, as well as medicines and spare parts to maintain equipment, valued at "tens of millions of euros."

The sources in Paris added that aid should be mobilized "as soon as possible," noting "the seriousness and urgency of the situation." Thursday's meeting will discuss the form that the aid will take, from transferring money or sending goods, as well as food vouchers, and so on.

Barley will open the conference with her Italian counterpart Lorenzo Guerini in Rome and her Lebanese counterpart Zina Aker in Beirut. The United States promised a contribution during a meeting that Barley gathered Tuesday in Brussels with its American counterpart Lloyd Austin.

It is assumed that France, which previously provided the Lebanese army with more than one million euros in aid at the beginning of this year, will send COVID-19 medical supplies and spare parts for armored vehicles and helicopters.

The sources in the French Army added that the needs include "fuel, oil, tires and batteries, which shows the critical nature of the situation."

The assistance will not include purchasing equipment or paying wages, as the international community requires that in order to provide any economic and financial support to Lebanon, it undertakes structural reforms that have not yet crystallized in the absence of the formation of a government.

The Lebanese army is counting on obtaining emergency aid, a military source told AFP on Wednesday in Beirut.

The military source said, "We need food, medical care, and support for the military with their salaries," stressing the importance of support "so that the army continues in light of this economic crisis."

"The deterioration of the value of the lira affects the military... their salaries are no longer sufficient for them," he added.

In the face of a worsening economic crisis, which the World Bank has ranked among the most severe in the world since 1850, and amid chronic political paralysis, the army institution did not remain immune to the repercussions of the collapse and the deterioration of the exchange rate, which this week exceeded 15,000 pounds to the dollar.

Since the explosion in the port of Beirut, which killed more than 200 people and caused widespread destruction on Aug. 4, the army relies to a large extent on food aid, most notably from France, Egypt, the United States and Turkey. Other countries also provided medical aid.