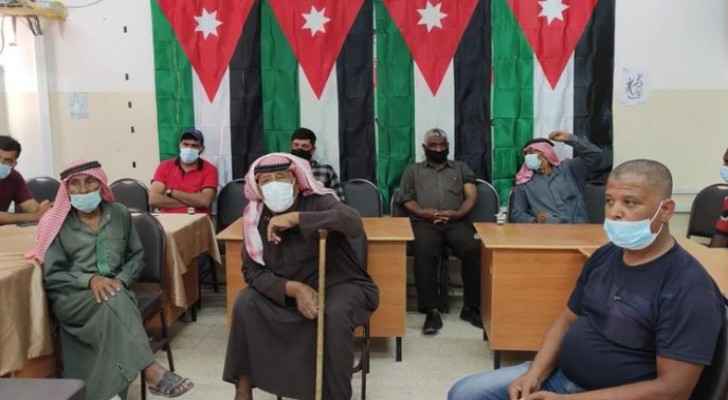 The Supervisor of Technical Affairs in Deir Alla, Muhammad Al-Kharabsheh, confirmed Wednesday that Al-Twal Al-Janobi Secondary School for Boys has been allocated to administer coronavirus vaccines to the elderly in the region.

He said in a statement to Roya that the designated center witnessed a mass turnout of elderly citizens, noting that since the morning, 60 people have been inoculated and the number is increasing.

Kharabsheh added that the school was designated to administer vaccines to the elderly in the Twal area due to its distance from the city center.

He emphasized the need for vaccinations, noting the jabs contribute to obtaining herd immunity while limiting the spread of the virus among citizens.

Deir Alla has a population of about 70,000 people, and the number of those administered the first dose of the COVID-19 vaccine has reached 10,000.

A total of 2,000 people in Deir Alla have received the second dose of the vaccine.

Health Ministry calls on elderly to ....