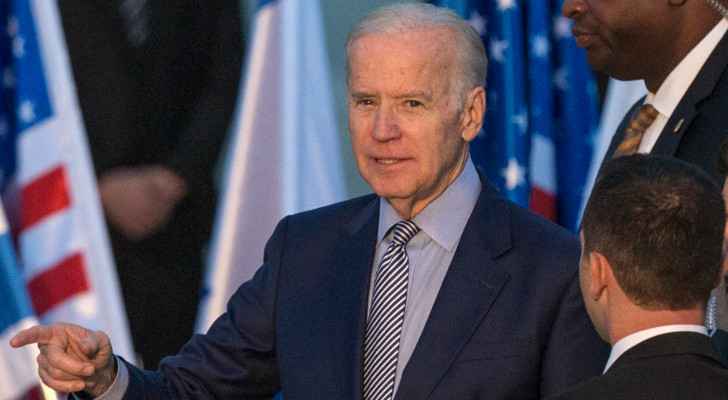 US President Joe Biden, as he rushed to congratulate the new Israeli Occupation Prime Minister, Naftali Bennett, showed satisfaction with the departure of Benjamin Netanyahu from power.

The difference is evident in Biden's dealings with both the former and current prime ministers.

On Sunday, Biden was the first world leader to pledge to work with the Bennett government, in a statement issued just half an hour after the Knesset granted confidence in his government coalition, and then during a phone call with him.

In contrast, when he arrived at the White House in January, the Democratic president made Netanyahu wait 28 days before making his first call.

This delay sparked controversy in the Israeli Occupation as well as in Washington, where some prominent Republicans considered it to show of contempt for the prime minister of a country that is a key ally of the United States, especially after the rapprochement that prevailed under former President Donald Trump.

"The Biden government is hoping for a fresh start," Natan Sachs of the Brookings Institution for Studies said during a video conference.

Brian Katulis of the Center for American Progress, which is considered to be left-wing, told AFP that political change in the Israeli Occupation could therefore lead to "a significant stability in the bilateral relationship, especially in light of the personal mistrust with Netanyahu."

Netanyahu got everything he wished for from Donald Trump, who was keen to take into account the voters of the American religious right to recognize Occupied Jerusalem as the capital of the Israeli Occupation and put forward a peace plan biased to the demands of the Jewish state, violating the international consensus on a two-state solution.

However, this does not indicate a revolution in relations with the United States, especially in the issue of the Israeli Occupation-Palestinian conflict.

Bennett and Lapid's government is based on a broad coalition that includes parties from the right, left and center, as well as an Arab Islamic party, which means that it will be difficult for them to agree on any step towards reviving the faltering peace process.

However, Michael Dunn of the Carnegie Endowment for International Peace felt that Biden could hope that the new government team "will pay more attention to avoiding any action, whether in Jerusalem or elsewhere, that would inflame relations with the Palestinians."