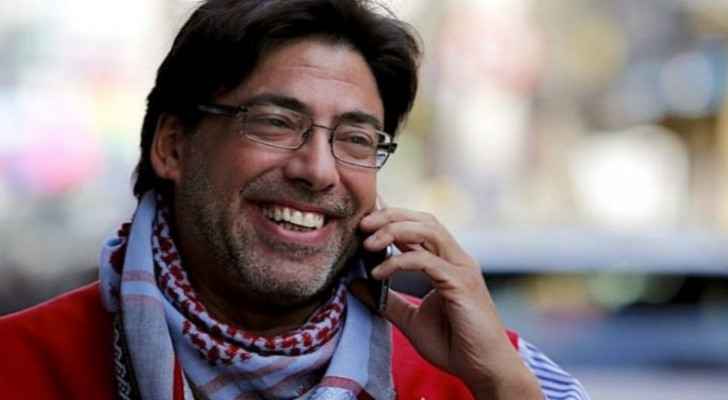 Near the Orthodox Club in the city of Beit Jala, west of Bethlehem, was the home of the grandfather of the Chilean presidential candidate Daniel Hadwa.

Hadwa's grandfather lived with his family in an old heritage house before he moved to Chile in the 1930s, where the family has remained until now.

The Chilean presidential candidate, Daniel Hadwa, has been the mayor of Recoleta in Chile since 2012.

Mr. Sami Hadwa, a relative of the family in Beit Jala, told a Ma'an correspondent that Daniel spent his youth working with the General Union of Palestinian Students, and worked as a coordinator for the Palestinian Youth Organization in Latin America and the Caribbean Organization between 1991-1993, and also joined the Popular Front for the Liberation of Palestine until 1993, after which he moved to political work with the Chilean Communist Party, which unanimously nominated him for the presidency last April.

Hathura added that opinion polls indicate that Daniel is ahead of the rest of the presidential candidates in Chile, and elections will be held next October. He is a supporter of the Palestinian cause, and calls for a boycott of Israeli Occupation products, which is why the Israeli Occupation accuses him of anti-Semitism.

Professor Sami Hadwa says that the Chilean presidential candidate, Daniel Hadwa, has visited Palestine several times, the last of which was in 2016, when he launched his famous saying, "Being a Palestinian in exile does not mean that you eat Palestinian food and dance Dabke, but you must know which side you are on from the wall."

Chile is home to half a million Palestinians, and signs in Daniel Hadwa’s office in the Chilean capital indicate his commitment to the Palestinian cause.

Hadwa will not be the first Palestinian president in Latin America, as he follows in the footsteps of Carlos Facosi in Honduras, Antonio Saca in El Salvador and Najib Bakila.

One Palestinian injured, two others arrested in ....

One Palestinian injured, two others arrested in ....

One Palestinian injured, two others ....

Sinkhole larger than tennis court has ....