Biden assures Macron that their countries 'agree' on need for cooperation 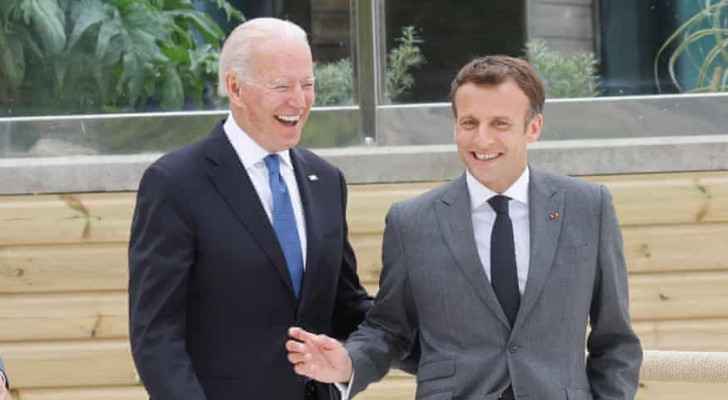 US President Joe Biden said Saturday during his first meeting with his French counterpart Emmanuel Macron that France and the United States are "agreeable" on the need to cooperate on major international issues.

On the sidelines of the G7 summit in southwest England, the two leaders held their first meeting since Joe Biden took office in January.

"We have to face this epidemic, we have to face many crises (similar to) climate change, and we need cooperation to solve all these problems," Emmanuel Macron said in English at the beginning of the meeting.

"I think it's great to have an American president who is so eager to cooperate," he added, adding that the Democratic leader showed "leadership in partnership."

"We get along," said Joe Biden, seated next to him in front of a sandy beach.

He stressed that he takes "NATO cohesion seriously" and considered the European Union a "very strong and dynamic" organization.

When asked if the French president was convinced of the United States' return to the international stage, he replied, "Absolutely."

This friendly atmosphere contrasts with the roughness that characterized the first meeting between Emmanuel Macron and Donald Trump in 2017.

Everything you need to know about traveling to Europe from ....

Everything you need to know about traveling to ....

Everything you need to know about traveling to ....

Everything you need to know about ....