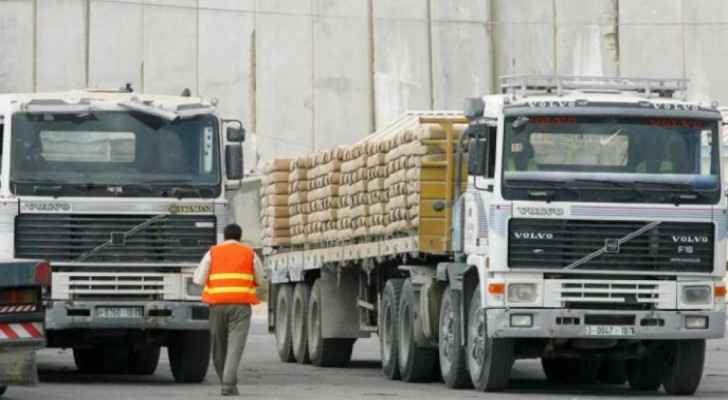 Thursday, Hebrew media reported that the Israeli Occupation is seeking to ensure that Palestinian factions do not use so-called "dual-use items."

The Israeli Occupation called on Egypt, according to Hebrew media, to prevent the entry of cement and other building materials into the Gaza Strip that could be “transferred by the Palestinian factions for military purposes."

They confirmed that "Tel Aviv seeks to ensure that the Palestinian factions do not use the so-called "dual-use" materials that enter the Palestinian territories through through the Rafah border crossing between the Gaza Strip and Egypt.

The goods and merchandise reported to have entered the Gaza Strip through the Rafah border crossing include cement, building materials and fuel.

Hebrew media indicated that Israeli Occupation officials hope to meet with their Egyptian counterparts on this issue, after they indicated that "without controls on goods entering Gaza, there is no way to prevent Hamas from rebuilding its military capabilities."

According to the report, Tel Aviv informed Egypt that it does not oppose teams of Egyptian engineers in the Gaza Strip to help remove the rubble left by the Israeli Occupation army’s air strikes, stressing that they do not want repairs to be conducted on the underground tunnels used by Hamas and other armed Palestinian factions.

In the past week, Egypt brought dozens of bulldozers and heavy tools into the Strip to remove rubble  under the supervision of the Egyptian Contracting Company, Ibn Sina.

The 11-day escalation of agression by the Israeli Occupation on Gaza claimed the lives of well over 200 Palestinians.

Mother in Egypt kills her baby using TV remote due to ....