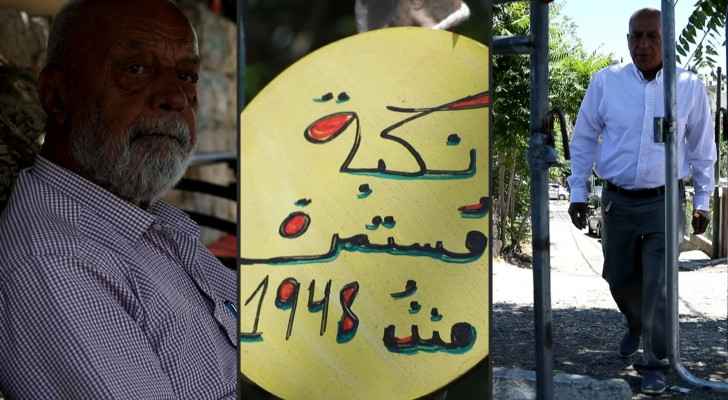 Aref Hammad's neighbourhood of Sheikh Jarrah in Israeli Occupation-annexed east Jerusalem shot to recent world attention, but he fears without continued international pressure he will still be expelled from his home.

"I'm scared that they'll throw us out into the street -- that they'll kick out the whole neighbourhood," said 70-year-old Hammad, who moved to the district as a child.

Hammad is among at least seven Palestinian families waiting for a legal ruling on whether they must surrender their homes there to Zionist settlers.

It is a battle Hammad and his neighbours have been waging since the 1970s, but he says lawsuits against them have recently gained pace.

"The situation is really bad," Hammad said, inside the home he shares with 17 relatives, just across the street from a house taken by force from a Palestinian family, now draped with Israeli Occupation flags.

On Monday, the Israeli Occupation's attorney general refused to intervene in their case, meaning their last recourse is the supreme court.

Israeli Occupation aggression on Palestinians protesting for basic human rights triggered an 11-day pounding of Gaza by the Israeli Occupation, to which Palestinian resistance groups responded to. This ended in a ceasefire that critics are currently questioning.

But residents and activists say they face a bleak future if international pressure fades.

"We're urging foreign governments to try to pressure the Israeli Occupation government," Hammad said. "There is no justice in their courts."