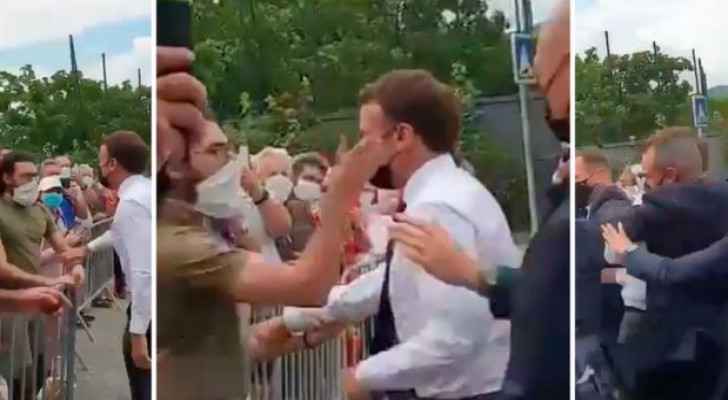 Thursday evening, the French courts sentenced the man who slapped the President of France, Emmanuel Macron, across the face earlier this week to four months in jail.

The individual, identified as 28-year-old Damien Tarel was quickly arrested after the swipe that caught Macron in the face with an audible thwack as the French leader was greeting a crowd.

He was heard to cry out “Montjoie! Saint Denis!” a centuries-old royalist war cry, before finishing with “A bas la Macronie,” or “Down with Macron.”

Tarel said he is a right-wing sympathiser.

The court gave him a sentence of 18 months in jail, but 14 of those months were suspended, local broadcasters reported.

According to Reuters, Tarel said that prior to the president's visit, he thought about throwing food items at the president. But despite this, he stressed the slap was not premeditated.

Tarel faced a charge of assault against a public official, an offence which carries a maximum sentence of three years in jail and a 45,000 euro fine.

The charge of violence against a person invested with public authority is punishable by up to three years imprisonment and a fine of EUR 45,000.

Notably, Tarel was arrested alongside a second man in the crowd from his hometown of Saint-Vallier.

Upon searching his home, investigators found that Arthur C. was in possession of books on the art of war, a copy of Adolf Hitler’s manifesto “Mein Kampf,” and two flags, one symbolizing Communists and another of the Russian revolution.

The second man will not face any charges related to the slapping incident but will be prosecuted for illegal possession of firearms in 2022.

Man accused of slapping Macron to appear in ....

Man accused of slapping Macron to appear in ....

Man accused of slapping Macron to ....

Taliban calls on Afghan interpreters to 'repent' and stay ....