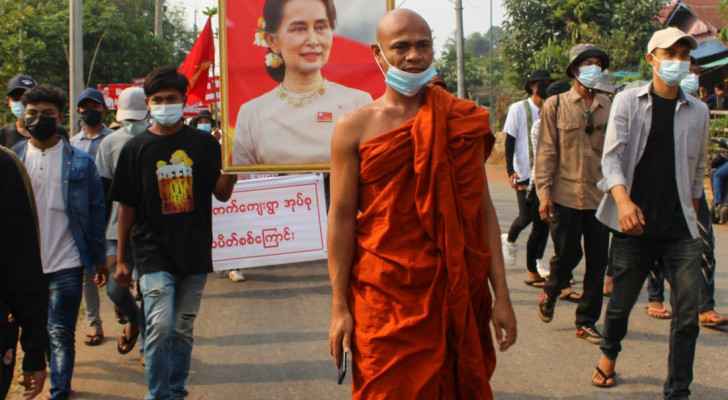 Thursday, 12 people were killed after a military plane crashed near Myanmar’s second-biggest city of Mandalay, announced the city’s fire service.

The plane was flying from Naypyidaw to Pyin Oo Lwin and was coming in to land when it crashed about 300 meters from a steel plant.

The plane was carrying six military personnel in addition to monks who were set to attend a ceremony at a Buddhist monastery.

The pilot and one passenger survived and were transferred to a military hospital, a source confirmed.

No reports of casualties among people on the ground were reported.

However, it was not immediately clear what had caused the crash.