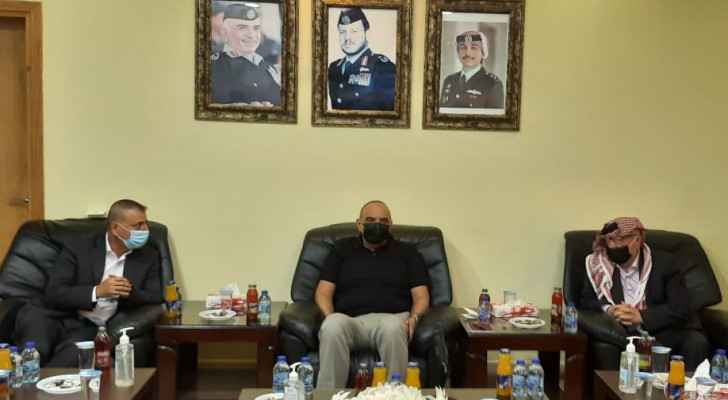 The visit comes as part of a series of field visits that the PM will make to several regions in the Kingdom, to follow up on the performance of facilities and the level of services offered and to stimulate investment opportunities.

The first stop in Khasawneh’s visit, accompanied by a number of government officials and ministers, was a field tour of the Omari border center, which is a vital location for the movement of people and goods between Jordan, Saudi Arabia and the Gulf states.

During the visit, Khasawneh emphasized the need for the simplification and facilitation of procedures for everyone, all while adhering to the set health requirements in light of the pandemic.

Khasawneh will also visit the King Hussein bin Talal Development Zone of the Mafraq Development Co., in order to see the progress of work and the future vision for its development, to become a distinguished logistic, service and industrial center for the Kingdom.

PM stresses need for workers in border posts to reflect ....

PM stresses need for workers in border posts to ....

PM stresses need for workers in border posts to ....

Most Jordanians believe freedom of opinion, press are not ....

Most Jordanians believe freedom of ....