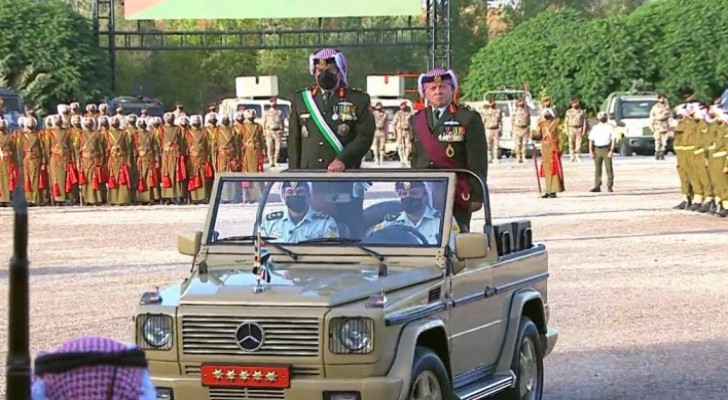 Wednesday, His Majesty King Abdullah II participated in a celebration of the centenary of the founding of the Jordanian state, which coincides with the Kingdom's celebrations of the 22nd anniversary of the Accession to the Throne, in addition to the Army Day and the Great Arab Revolt anniversary.

His Majesty King Abdullah II arrived at Al Raya Square in the Royal Hashemite Court (RHC), where the artillery fired 42 rounds in salute to His Majesty.