Obama: Republican Party lacked the courage to stand up to Trump's lies 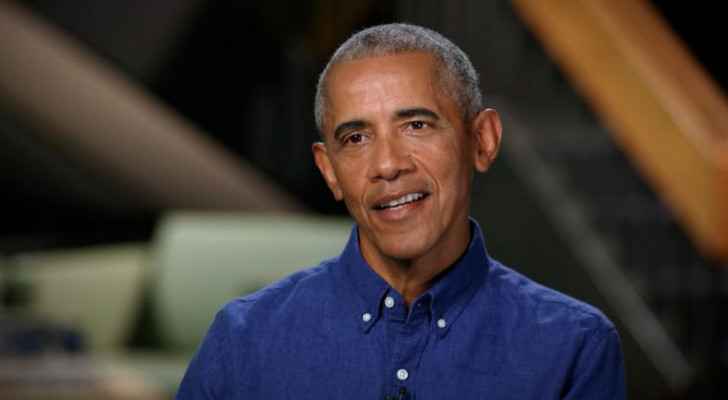 Former US President Barack Obama said that the Republican Party did not have the courage to denounce the lies of his successor, Donald Trump, after the recent presidential elections and the attack on the Capitol in Washington.

In an interview with CNN Monday evening, Obama said he believed there were enough sane people in the Republican Party to stand up to Trump.

Obama recalled the Republican billionaire's statements to deny any Russian interference in the 2016 elections, and then his emphasis on the existence of "good guys on both sides" after the violence that took place between far-right and anti-racist protesters in Charlottesville the following year.

Obama said, "No one in the Republican Party stood up to say 'stop'. Enough. This is not true," adding that leaders in the party were subjected to intimidation that pushed them to the point of accepting what happened.

Obama said that after Trump supporters attacked the Capitol Jan. 6, "there was a large segment of an elected assembly that was telling lies that the elections had problems" after Trump rejected the results, denouncing widespread fraud without giving any evidence of that.

"All those Republican members of Congress are turning around and saying (in their own mind) 'I'm going to lose my job'" if I don't endorse what Trump is saying, he added.

Obama considered the rise of Trump's allies within the Republican Party a threat to democracy in the United States.

The former president stressed that the democratic practice in the United States did not arise out of nowhere or automatically, but rather is the result of the efforts of "successive generations" since the independence of the United States.