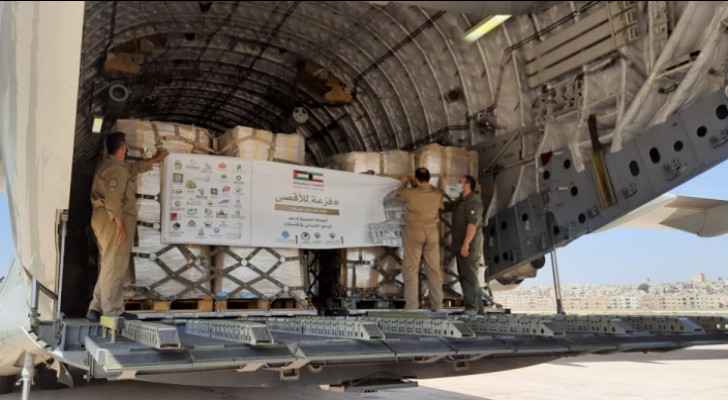 The plane brought foodstuffs, baby milk powder and medical supplies, provided through the Kuwaiti Humanitarian Relief Society, which will be transported to Palestine in coordination with the Jordanian Armed Forces (JAF) - the Arab Army.

The Secretary-General of the JHCO Hussein Al-Shibli said "We thank the State of Kuwait for its efforts to support and stand by the families in Palestine during these circumstances."

His Excellency the Kuwaiti Ambassador to Jordan Aziz Rahim Al-Daihani expressed his appreciation for the efforts made by the relevant Jordanian authorities to facilitate the process. He pointed out that Kuwait has a distinguished model for humanitarian aid which is transparent.

Daihani added that the Kuwaiti government did all that it can to help Palestinians as soon as possible, especially because of the Islamic significance of Occupied Jerusalem and the political importance of Palestine.