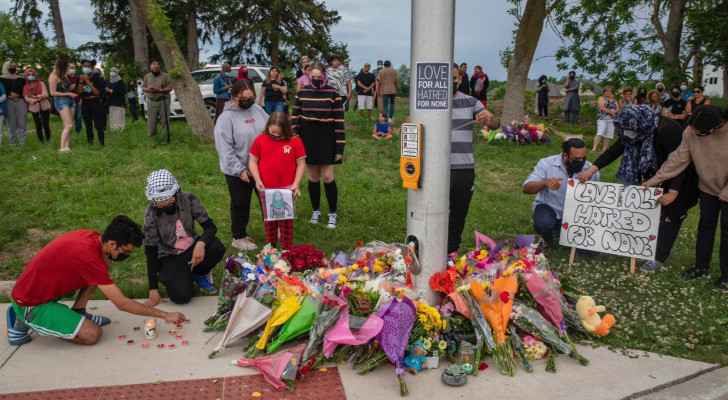 Monday, a 20-year-old Canadian man, Nathaniel Veltman, was charged with four counts of murder and one count of attempted murder after he plowed into a family of five, killing four in Ontario.

The survivor, a nine-year-old boy, was in hospital with serious but non-fatal injuries, according to the authorities.

The attack, which Canadian police believed was a targeted premeditated attack due to the family being Muslim, was described as the worst against Canadian Muslims since six people were murdered in a Quebec mosque four years ago.

Police are weighing in on possible terrorism charges, adding they believed this is an islamophobic hate crime.

According to a deputy, the killer has no previous connection with the victims, noting he was wearing a body-armor like vest.

In turn, the Canadian PM, Justin Trudeau, said he was horrified by the news.

“To the loved ones of those who were terrorized by yesterday’s act of hatred, we are here for you,” wrote Trudeau.

the Mayor of the London described the attack as an “act of mass murder, perpetrated against Muslims... and rooted in unspeakable hatred.”