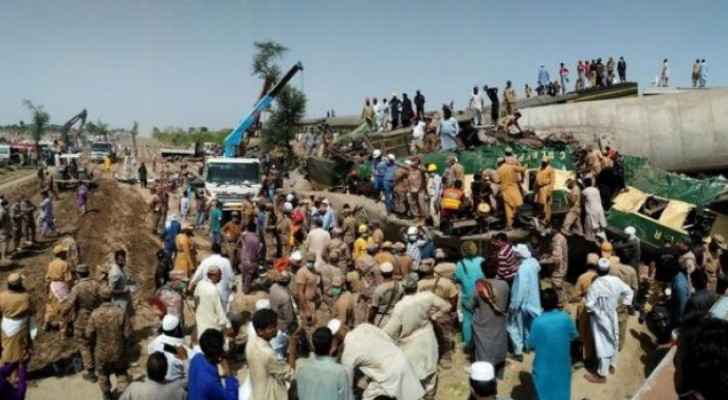 The Ministry of Foreign Affairs and Expatriates has expressed its sincere condolences and sympathy to the government and people of the brotherly Islamic Republic of Pakistan, over the victims of the train accident that took place near the Daharki in northern Sindh province area, which resulted in the death and injury of dozens.

The ministry affirmed the Kingdom's solidarity with the government and people of Pakistan in this painful disaster, and its condolences to the families of the victims, and wishes for a speedy recovery for the injured.

Monday, at least 45 people were killed and dozens were injured in a train accident in southern Pakistan, police said.

A Pakistani Railways official said the train coming from Karachi derailed near Daharki in northern Sindh province and collided with another train coming in the opposite direction.

The derailed train links the port of Karachi with Sargodha.

UPDATE: At least 45 killed in train accident in Pakistan