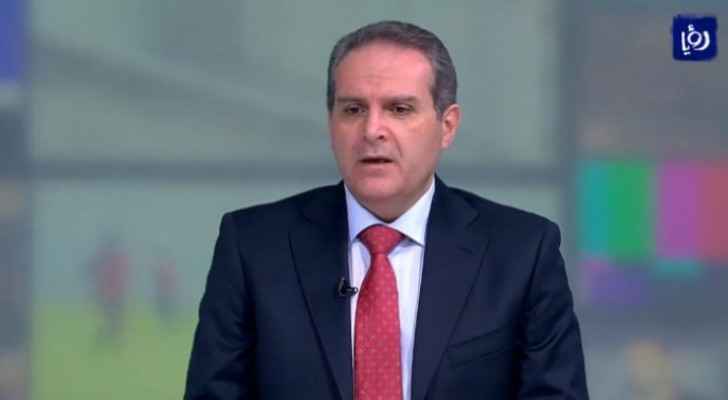 Monday, the Minister of Health, Firas Al-Hawari, said that the World Food Safety Day, which falls on June 7, is an opportunity to strengthen efforts to ensure food safety and to reduce the burden of foodborne diseases worldwide.

This came in the celebration of the Food and Drug Administration’s (FDA) third World Food Safety Day under the slogan "Safe food today for a healthy tomorrow," in the presence of representatives of the World Health Organization (WHO) and the United Nation’s (UN) Food and Agriculture Organization (FAO).

Al-Hawari said the day focuses on several of the Kingdom’s goals, which are to enhance the efforts made to achieve a great food safety system, to draw attention and motivate action to help prevent, detect and manage risks transmitted through food, as well as contribute to food security, human health, economic prosperity, agriculture, market access, tourism and sustainable development.

In turn, Hawari announced the launch of the second edition guide for dealing with foodborne diseases, which will contribute to developing a mechanism for monitoring food contaminants and responding to outbreaks in a highly efficient manner to ensure food health and safety.

He said this will be done by developing national strategic plans for preparedness and response to these outbreaks, by strengthening partnership and integration between the concerned authorities, and forming rapid response teams at centralized levels and health affair directorate levels, which include qualified and trained specialists from the ministry and the institution itself, to take early control measures and make recommendations to avoid recurring outbreaks in the future.

In addition, Hawari expressed his pride in the efforts made to combat the pandemic.

Efforts to make everyone feel safe and reassured, especially in combating the rumors that appeared in the shadow of the pandemic were not overlooked, he said.

Hawari expressed his thanks to the Jordanian FDA’s management, specifically the Director-General, Nizar Muhaidat.

He mentioned the Jordanian FDA’s active role in encouraging individuals to get vaccinated, and wished for continuous progress.

In turn, Muhaidat, said that the Jordanian FDA seeks regional and global excellence in order to ensure food and medicine safety.

The celebration was attended by a WHO representative, Maria Christina, a FAO Jordan representative, Nabil Assaf, the Director General of the Jordan Standards Institution, Abeer Al-Zuhair, Amman’s deputy director for health affairs, Mervat Mhairat, and the Vice President of the Jordan Chamber of Industry, Muhammad Al-Jitan.

King visits PSD on occasion of its ....

Food security is a top national ....