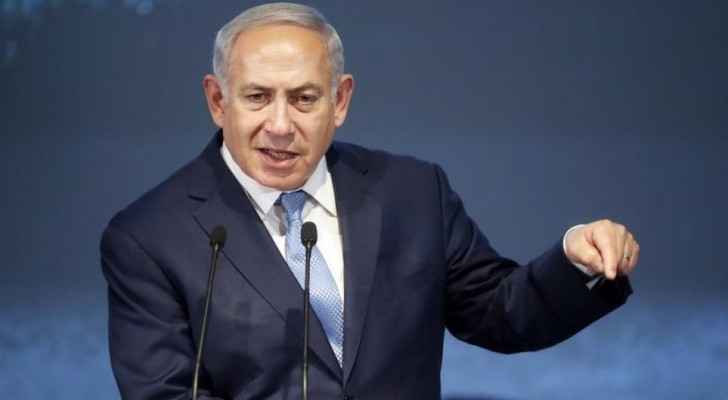 Monday, the Israeli Occupation entered a critical turning point. With the approaching vote on the government formed by opposition leader Yair Lapid, the end of Prime Minister Benjamin Netanyahu's political life is imminent.

Two days ago, the office of the Speaker of the Israeli Occupation Knesset Yariv Levin announced his intention to formally inform Members of the Knesset Monday of the opposition's announcement of forming a coalition to remove veteran Prime Minister Benjamin Netanyahu, who has been in power for 12 consecutive years.

Monday, the far-right rally for Jerusalem Unification Day, which was scheduled for Thursday, was cancelled.

Far-right nationalist MP Naftali Bennett, who is supposed to run the premiership for two years, according to the coalition agreement, urged the parliament speaker (Knesset) to set a date for the vote Wednesday.

Bennett called on the prime minister to "step down."

"Do not leave the scorched earth behind. ... We want to remember the good, the many good you did in your service, not the negative atmosphere," Bennett said during a press conference on Sunday, addressing the prime minister.

The unprecedented coalition of eight parties - two from the left, two from the center, three from the right and an Arab party - adopt contradictory positions on all issues except the desire to remove Netanyahu from power.

Under the deal, Naftali Bennett of the national-religious Yamina party will be prime minister for two years, to be replaced by coalition architect Yair Lapid, the centrist, in 2023.

With the possibility of his imprisonment in the light of his trial on corruption charges, Netanyahu is not expected to raise the white flag voluntarily. His supporters are intensifying their efforts to create rifts among representatives from Bennett's Yamina party, who have reservations about his alliance with the left and Arab representatives.

On the ground, concern is growing about angry pro-Netanyahu demonstrations, including protests outside the homes of some Yamina lawmakers whom protesters accuse of "treason."

As a result, security measures were tightened around some parliamentarians, and the head of the Israeli Occupation Internal Security Service (Shin Bet) Nadav Argaman issued a rare statement over the weekend, warning of a "dangerous escalation of violent and inflammatory rhetoric" on the Internet.

A Shin Bet spokesman told AFP that the statement was intended to calm the "general atmosphere", but anti-Netanyahu politicians interpreted it as a warning to the prime minister.

On Sunday, the Prime Minister condemned what he considered "incitement to violence."

"There is a very fine line between political criticism and incitement to violence," Netanyahu said.

The internal political dispute in the Israeli Occupation coincides with protests in separate neighborhoods in East Jerusalem for nearly two months against the backdrop of the threat to expel Palestinian families from their homes in favor of settlement associations.

On Sunday, the deputy head of Hamas in the Gaza Strip, Khalil al-Hayya, warned the Israeli Occupation of a renewed military confrontation if the settlers' march on Jerusalem Unification Day, scheduled for Thursday, approaches "Al-Quds (East) and Al-Aqsa Mosque."

This came before the march organizers announced its cancellation.

Al-Hayya said in a press conference, "We warn the occupation against the approach of the settlers' march from Jerusalem and Al-Aqsa (...). We tell the mediators that it is time to curb this occupation, otherwise the lightning bolts will still exist."

A spokesman for the "Im Tirtzu" movement, one of the organizers of the march, told AFP that the march of flags, which was supposed to reach Arab neighborhoods in the Old City, was canceled after a dispute with the police over its course.