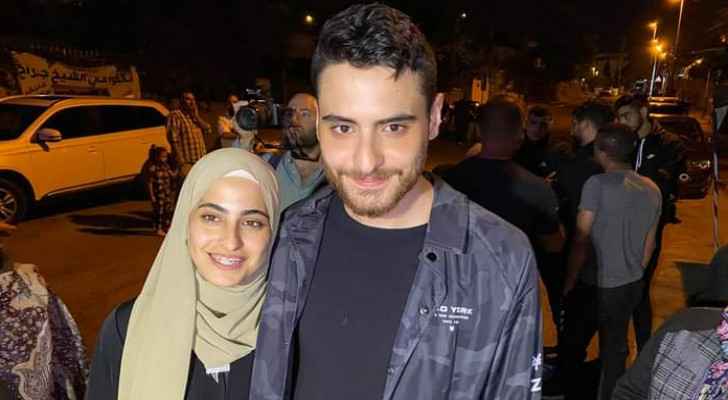 Sunday, the Israeli Occupation Forces (IOF) arrested the Palestinian activists Muna and Mohammed El-Kurd in the Sheikh Jarrah neighborhood, only to release them hours later.

Muna is also a journalist.

What did they do? And why were they taken? Where is the freedom of press?

The twins spearheaded the social media campaign against the forced expulsion and aggression against Palestinians in the occupied East Jerusalem neighborhood of Sheikh Jarrah.

Their social media campaign caught the attention of activists worldwide, which evidently did not sit well with the Israeli Occupation.

But, does the freedom of media or press apply to those suffering under an illegal occupation? Does it apply to Palestinians who are bearing the brunt of oppression, zionist aggression and ethnic cleansing? Can they exercise their rights freely? These questions are what the Kurd siblings wanted to highlight, especially as families continue to be uprooted from their homes.

On Twitter, an activist, identified as ‘Queen Sady’ said Muna’s only crime is exposing the truth. 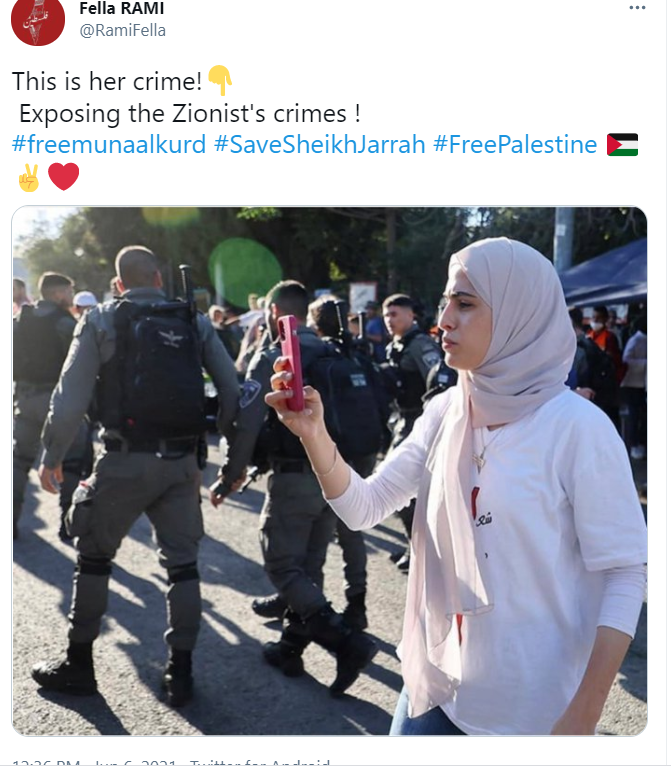 Freedom of the press or media is the principle that any form of communication through various media platforms should be considered a right to be exercised freely.

According to the twins' father, Nabil El-Kurd, his daughter was arrested after the IOF raided their home, while Mohammed voluntarily turned himself in after receiving a summons.

“They want to remove us… but we are here,” the father told reporters.

“The weapons of the Palestinians are the camera, and the words – whereas the Israeli [Occupation] army is heavily armed.”

In initial footage after their release, the duo affirmed they will continue ensuring Palestinian voices are heard.

"Nothing will stop us," she said, "It's clear that these are policies to silence people, policies to pressure and scare people."

Amina Hameed Khan, a Twitter user, agreed, noting nothing could silence them. 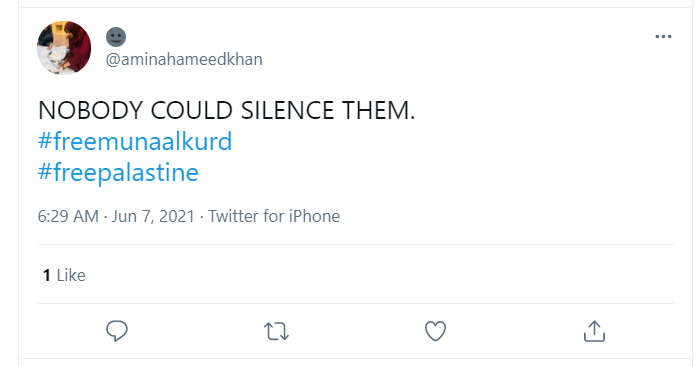 Muna recounted the violations that occurred against her. "They took me, tied me up, put me in the car, and took me to Salah al-Din Street. Then, I waited for about two hours or more. There, I did not know what time it was. I did not have a watch or a phone or anything, and no one answered if I asked about the time, then they took me to the investigation."

"I was interrogated the first time. Then, I went out, and I saw my brother Mohammad and Iyad (one of the detainees) tied up. Then I was interrogated again, and after the two interrogations, they took me down, and the officer asked me not to raise any slogans with my hands, nor interact with people, nor speak with them at all, and threatened to write a report against me if I did the opposite."

It seems that the Israeli Occupation wants to silence anyone and everyone who shows what is truly happening in Palestine.

Ironically, it was only yesterday that the Al-Jazeera journalist Givara Budeiri was arrested while covering the events in Sheikh Jarrah. She was released after her arrest sparked worldwide outrage.

Trionfi continued, noting that the detention of journalists and the attacks against the media witnessed in the past weeks are part of ongoing efforts by the Israeli Occupation “to suppress independent coverage, which is greatly concerning and in breach of international treaties."

Transgressions against media freedom happen in every corner of the world on a daily basis, yet the Israeli Occupation’s actions this month, including the destruction of media offices, breaking media equipment, and arresting media members, underscore a serious problem that has become painfully crystal clear.

A Twitter activist, identified as Nooran Hamdan said the following, “[The Israeli Occupation] charging the El Kurd siblings with “disturbing the public peace” and “nationalism” highlights exactly what Palestinians have been saying for decades. That “peace” to [them] means silent acceptance of having a boot on your neck and that being Palestinian is a crime.” 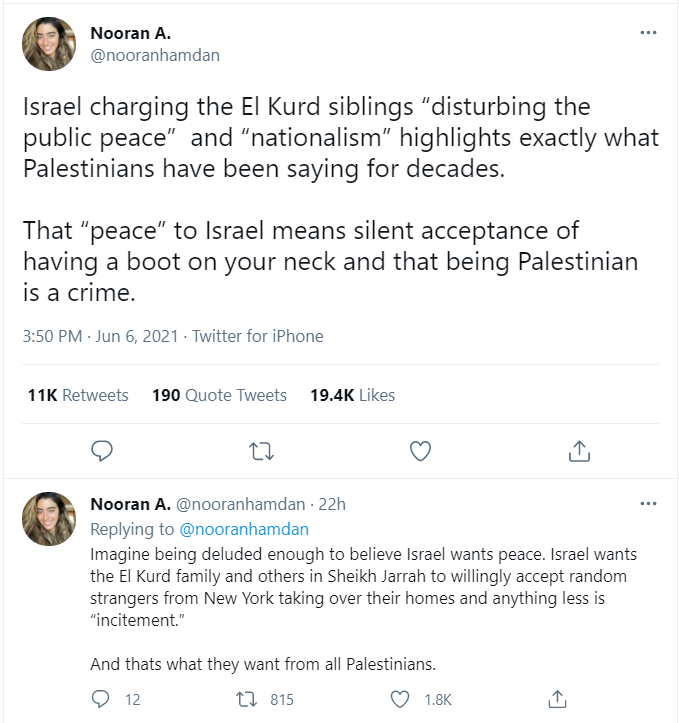 According to an Israeli Occupation spokesperson, Muna was arrested for "suspicion of participating in riots."

No matter what they do to terrorize and frighten us, no number of arrests will scare us off,” Muna told the media.

“We will remain in our homes and we will continue to defend our land that we were born and raised on,” she said.

A Twitter user, Haya Al-Zayani indicated that there is hope. The voices of people like Mohammed and Muna are being heard in all areas of the globe while simultaneously peeling back the facade of the Zionists.

Zayani said, "moral of the story. A camera is more powerful than a gun." 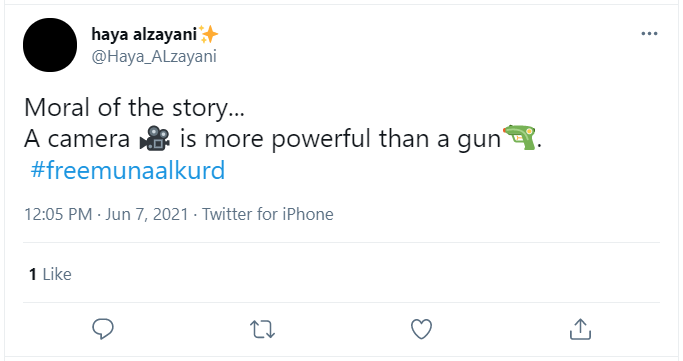 Another Twitter user said that what scares the Israeli Occupation the most are "children that will never give up their land," such as Mohammed and Muna, while sharing a picture of them as children. 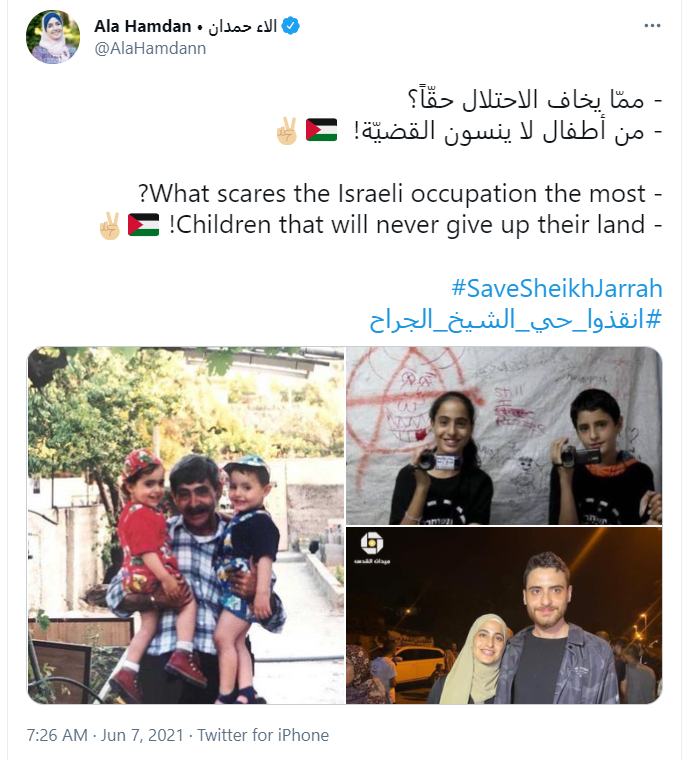 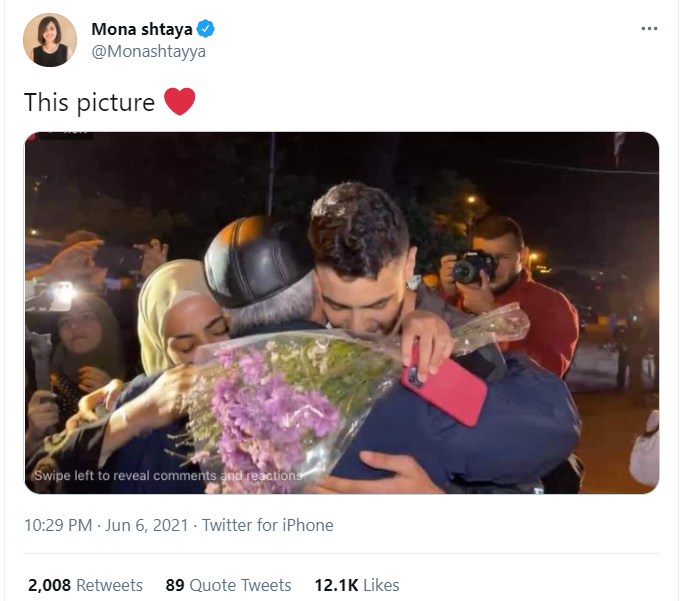