The latest: developments in the spread of COVID-19 around the world

The latest: developments in the spread of COVID-19 around the world 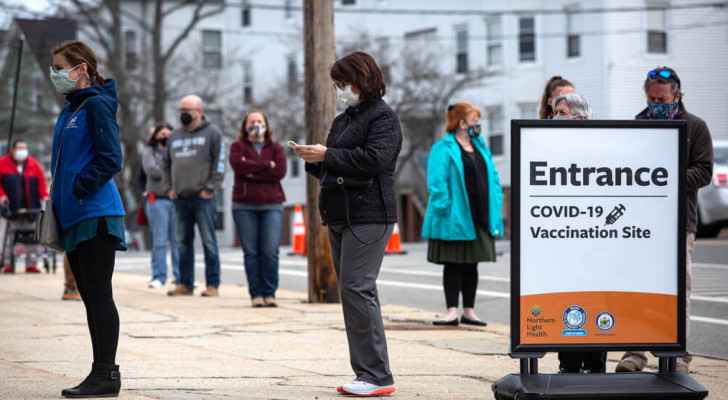 Here are the latest developments regarding the spread of the coronavirus in the world in light of the latest numbers, new measures and notable events Sunday:

British Health Minister Matt Hancock warned Sunday that the Delta mutant of the coronavirus, which may prevent the lifting of the remaining restrictions in the United Kingdom, is 40 percent more prevalent than the alpha mutant.

"The best estimate of the incremental advantage, as we call it (...) is about 40 percent," Hancock told the BBC, citing research by a scientific group advising the government.

But the arrival of the delta mutant, which was first detected in April in India and is now prevalent in the United Kingdom, according to estimates, is raising doubts about the possibility of lifting the last restrictions on June 21.

On Sunday, the Israeli Occupation added the age groups between 12 and 16 years to the categories entitled to receive the vaccine against the Coronavirus, despite the presence of a “possible link” between the Pfizer/BioNTech vaccine and minor infections of the heart muscle in young people.

And about 55 percent of the population in the Israeli Occupation received two doses of vaccines thanks to a vaccination campaign launched by the authorities at the end of December, after concluding an agreement with the giant pharmaceutical company Pfizer.

- Taiwan: Washington will give vaccines -

A delegation of three US senators arrived Sunday in Taiwan, where it was announced that Washington would give 750,000 doses of the Covid-19 vaccine to its ally.

Taiwan accuses China of obstructing efforts to obtain vaccines, while the island of 23.5 million people faces a sudden outbreak of the Corona virus.

The Corona virus has killed 3,723,381 people in the world since the World Health Organization office in China reported the emergence of the disease at the end of December 2019, according to a census conducted by Agence France-Presse based on official sources on Sunday afternoon.

The United States is the country most affected in terms of deaths (597,377) and injuries (33,357,240), according to Johns Hopkins University figures.

80 percent of premature deaths in Jordan caused by ....