UPDATE: At least 45 killed in train accident in Pakistan 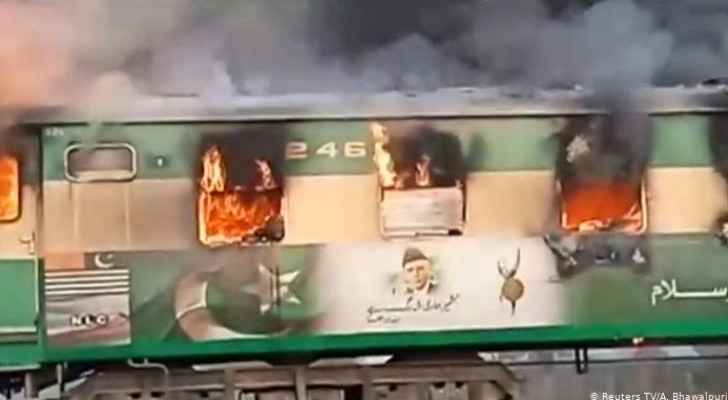 At least 45 people were killed and dozens were injured Monday in a train accident in southern Pakistan, police said.

A Pakistani Railways official said the train coming from Karachi derailed near Daharki in northern Sindh province and collided with another train coming in the opposite direction.

The derailed train links the port of Karachi with Sargodha.

"Several people were killed and many others are still trapped inside," a railway official told AFP, adding that ambulance teams were active at the site.

Rail accidents often occur in Pakistan, where the extensive rail and train network dates back to the British colonial era.

However, the network, spanning thousands of kilometers, has been neglected for decades due to corruption, mismanagement and a lack of investment in the sector.

France advises its citizens to leave Pakistan due to ....

France advises its citizens to leave ....