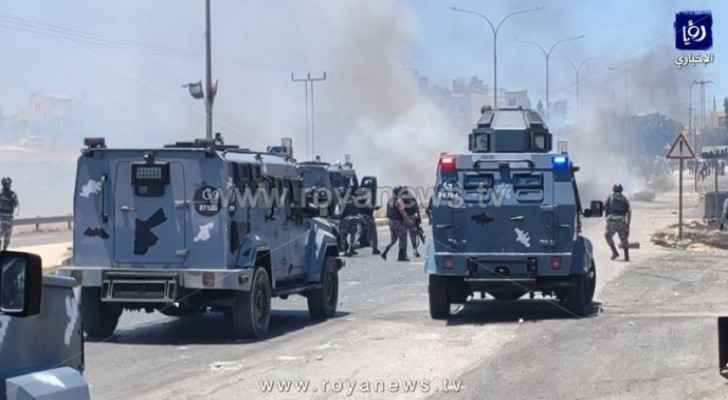 The Public Security Directorate (PSD) Sunday dealt with riots, shootings and attacks on public property in the Naour.

Earlier, the Ministry of Interior emphasized that it will not allow any gatherings, events or riots that violate the laws regulating the right of assembly and that would tamper with “our social fabric and threaten civil peace.”

During the late hours of Saturday, dozens of supporters of the former MP, Osama Al-Ajarmeh, rioted and fired bullets in the Naour area of the capital, Amman.

They were taken to the hospital and are currently under treatment.