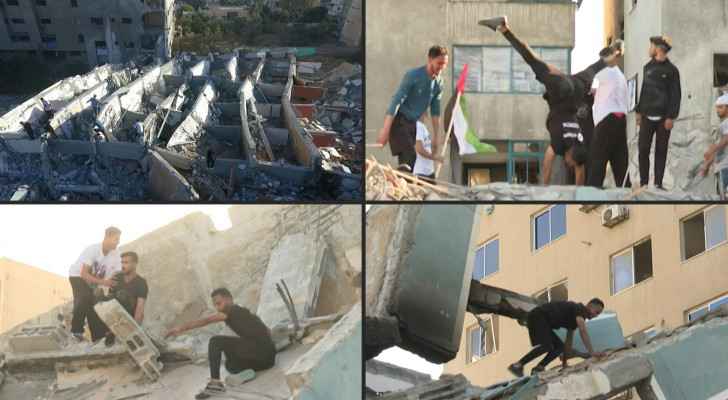 Last month, the 11-day Israeli Occupation aggression on the Gaza Strip devastated infrastructure in the enclave, with a number of buildings being reduced to rubble.

In turn, a group of Palestinian performers have decided to make the most of a bad situation, by tranforming the sites into what they call a 'parkour playground.'

Parkour is an extreme sport also known as free-running, which originated in France in the 1990s.

In video footage, the remains of the Galaa tower - which once used to house Al-Jazeera and Associated Press - may have found a new lease.

A Gazan parkour expert, Jihad Abu Sultan, told Russia Today that the group wants to "shed light on the scope of destruction and rubble caused by the warplanes in Gaza."