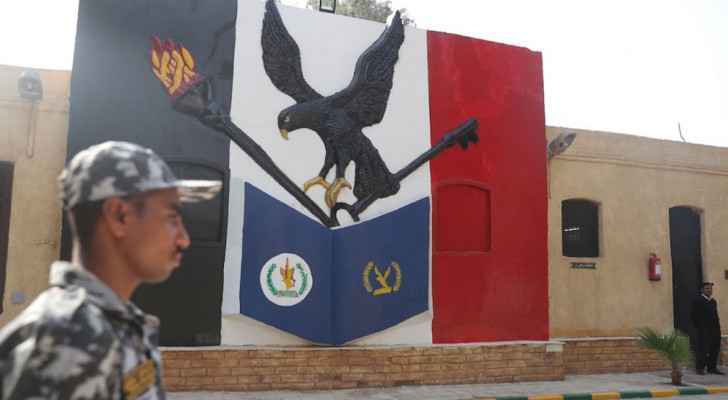 Walid Salem put his passport and plane ticket to Seattle in his bag, but he had a deep feeling that he would be prevented from traveling from Cairo because of his academic research, and his hunch turned out to be correct.

The PhD student in political science at the University of Washington had previously tried to travel in May last year to see his 13-year-old daughter. But then the authorities confiscated his passport and he was unable to board the plane.

Salem told AFP after being banned from traveling for the second time, "Last month I went knowing that I could come back (...) I had no certainty that I would be able to travel. But I was optimistic and told myself that I had done nothing wrong and therefore there was nothing cause for concern.”

In May 2018, Salem was arrested, blindfolded and handcuffed for five days.

Salem, who is conducting field research on the role of the judiciary in settling political disputes in Egypt and Pakistan since the 1950s, has been charged with several accusations, one of which is "joining a terrorist group."

Salem explains that during his interrogation at the State Security Prosecution, "I was asked about the details of my PhD thesis. Who is the supervisor? What are the chapter titles? Who did you interview? In short, they told me that I say that the judiciary is politicized."

Walid Salem spent a year and months in the famous Tora prison in Cairo before he was released in December 2018 with precautionary measures requiring that he go to the police station twice a week.

"I cannot understand the extreme cruelty of being prevented from seeing my daughter for more than three years for no reason," he added.

"No one has ever told me the reason behind all this," he asserts.

Elias Saliba, a researcher at the "Global Public Policy Institute" in Berlin, believes that academics are in a precarious position.

"In a country where the security services seek to control the public debate on political issues, academics who oppose the state's official discourse quickly find themselves on the target list," he said.

Under the police rule of Hosni Mubarak, academic freedoms have been restricted but have narrowed significantly since President Abdel Fattah el-Sisi took power in 2014.

Saliba, who participated in preparing this indicator, stressed that "a set of legal and organizational changes have been made with the aim of tightening political control, which led to a deterioration in the freedom of teaching and research."

The Egyptian Interior Ministry did not respond to AFP's requests for comment on the researchers' detention.

In February 2020, Patrick Zaki was arrested upon his arrival at Cairo airport on a short break from his postgraduate studies at the University of Bologna in Italy to see his family.

Patrick Zaki's mother, Hala Sobhi, said, "I insisted that he come because I miss him. He is my eldest son and my relationship with him is strong. I wanted to see him only for a few days, but now I blame myself because I was the reason for his coming."

Zaki's arrest revived the painful memories of the killing of Giulio Regeni, an Italian doctoral student at the British University of Cambridge, who was the subject of his research on trade unions in Egypt. Regeni was found dead in a suburb of Cairo, eight days after his disappearance in the Egyptian capital on January 25, 2016.

Thousands in Italy signed petitions demanding the release of Zaki, and the Senate decided to grant him Italian citizenship so that he could receive consular assistance in his imprisonment.

Zaki is imprisoned on charges of "threatening national security" and "inciting the overthrow of the regime". His detention was extended for 45 days this week.

Hala Sobhi says that when she imagines her son, "in prison I feel like I'm suffocating (...) we thought he would be locked up for a few weeks, but more than a year has passed now."

In a similar case, Ahmed Samir, a graduate student at the Central European University of Vienna, came on vacation to visit his family and was arrested last February. He was accused of "spreading false news" and will appear in court again next week.

Other young researchers residing in Egypt were arrested and imprisoned, including Kholoud Amer, head of the translation unit at the Bibliotheca Alexandrina, and Shaima Sami, a researcher working with the Arab Network for Human Rights Information in Cairo.