Biden pledges support for European allies ahead of summit with Putin 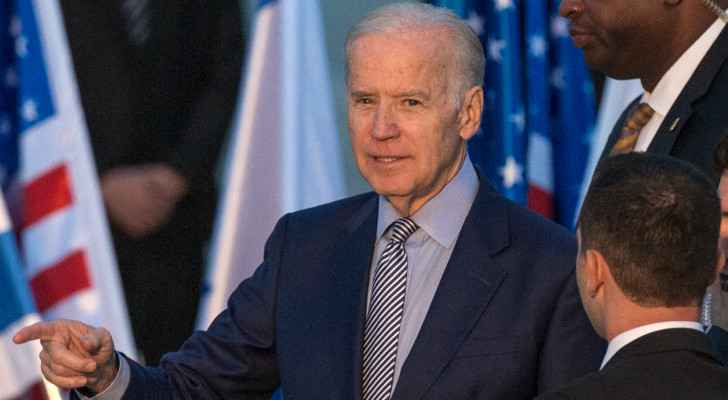 US President Joe Biden pledged that his country would stand by its European allies in confronting Moscow, prior to his first direct meeting with his Russian counterpart, Vladimir Putin.

Biden is scheduled to travel Wednesday to Europe, where he will attend a G7 and NATO summits. He will then meet with the Russian President in Geneva on June 16.

The summit comes in light of the biggest crisis in relations between the two countries in years, with tension rising over several issues, including accusations of electronic piracy and election interference, as well as the human rights file in Russia.

In an article published in the Washington Post newspaper Saturday, the US president pledged to support "(Washington's) democratic alliances" in the face of crises and growing threats from Moscow and Beijing.

"We stand united in the face of Russia's challenges to European security, starting with its aggressions in Ukraine, and there will be no doubt about the determination of the United States to defend our democratic values, which we cannot separate from our interests," he wrote.

"President Putin knows that I will not hesitate to respond to any harmful future activities," Biden said.

"When we meet, I will reaffirm the commitment of the United States, Europe and like-minded democracies to defend human rights and dignity," he added.

Since taking office in January, Biden has intensified pressure on the Kremlin, while his comments likening Putin to a "murderer" have drawn harsh criticism from Moscow.

But the two presidents expressed their hope for an improvement in relations.  The Russian president indicated that he expected the talks to produce "positive" results.

Biden also stressed in his article that Washington "does not seek conflict," noting that his extension of the "New Start" treaty to limit the spread of arms is evidence of his desire to reduce tension.

"We want a stable and predictable relationship where we can work with Russia on issues such as strategic stability and arms control," he wrote.