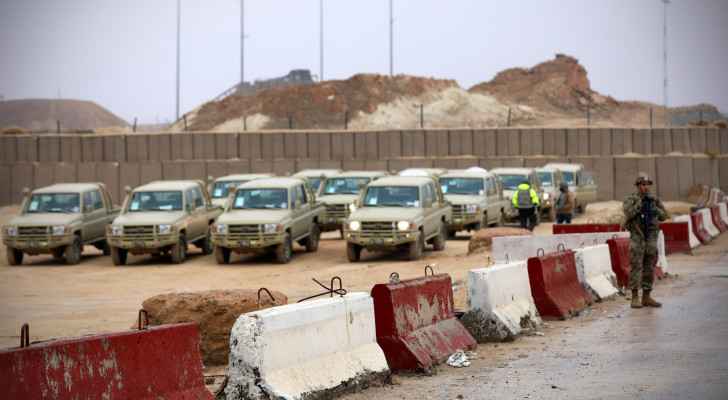 Sunday, two booby-trapped drones were shot down over an air base housing US military personnel in Iraq, in a new offensive technique that is being used by armed factions loyal to Iran and has become a concern for Iraqis and Americans.

The air defense batteries "C-RAM" that the Americans installed to counter the missile attacks that intensified against their soldiers and diplomats shot down two drones at dawn over the Ain Al-Asad air base located in the Anbar desert region in western Iraq.

Hours before that, another missile targeted Baghdad airport at night, "causing no casualties or damage," according to the spokesman for the US-led international coalition to combat jihadists, Colonel Wayne Maroto.

This attempted attack against the Ain al-Assad base raises the concern of military officials in the international coalition to combat jihadists led by the United States, the enemy of the Islamic Republic of Iran.

The US military accuses the Iraqi factions loyal to Iran of helping the Houthi rebels in Yemen, who carry out drone attacks against Saudi Arabia on the border with Iraq and Yemen.

Since mid-April, the Iraqi factions have been using drone technology against US targets in Iraq.

Western military officials and diplomats in Iraq believe that these attacks not only pose a threat to many of them, but also threaten their ability to combat Daesh, which still maintains sleeper cells in the desert and mountainous regions of the country.

An official explained to AFP, "These attacks constitute a distraction. The only ones who benefit from them are the jihadists because every attack against a base or against the coalition forces us to stop to protect our forces."

This forces the coalition to direct its intelligence and surveillance efforts from the fight against Daesh to the pro-Iranian factions, among which are sometimes obscure groups that take on fictitious names, which for experts are just a front for well-known Shiite factions.

The Iraqi authorities have been trying for years to deter the perpetrators of these attacks, while some of these factions have become affiliated with the official Iraqi forces, or have relations and contacts with them.

When the authorities more than once arrested fighters from these factions against the backdrop of missile attacks against American interests, the factions to which they belong performed a show of force in the Green Zone, the heart of the capital, Baghdad, where government headquarters and embassies are located, including the American embassy, forcing the authorities to release them most of the time.

In total, since the beginning of the year, there have been 39 attacks against the Americans, some of which were claimed by pro-Iranian factions and others attributed to Washington by Washington.

Iraqi armed factions close to Iran vowed to escalate attacks to compel the "occupying" US forces to withdraw from Iraq.

These attacks targeted the US embassy in Baghdad, Iraqi military bases that include Americans, and the Baghdad and Erbil airports, as well as coalition logistic convoys.

Two foreign contractors with the coalition and an Iraqi were killed in it.

‘Iraq is uprising’ hashtag trends on ....