Fear of PCR testing, vaccines slowing down fight against COVID-19 in India

Fear of PCR testing, vaccines slowing down fight against COVID-19 in India 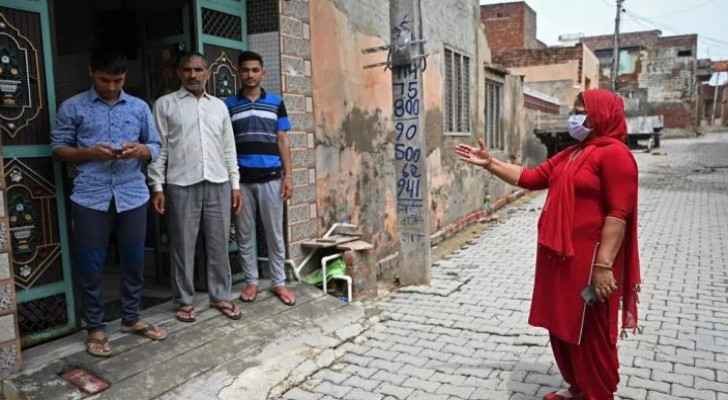 Indian Health worker Neelam Kumari told AFP, "A lot of people in my village don't want to take the vaccine. They fear that they will die if they take it."

"One of the villagers was so angry that he beat up a (health) worker who was trying to convince him to take the vaccine," she added.

Only 15 percent of people in rural areas, compared to 30 percent in towns and cities, have received at least one dose of the COVID-19 vaccine. Notably, two thirds of coronavirus cases are being recorded in the countryside, as reported by The Hindu daily.

Shoeb Ali, a doctor in Miyaganj village told AFP "People do not even step forward for testing as they think the government will say they tested positive even if they did not."

In Nuran Khera village in Haryana, residents are reluctant to get vaccinated even though many households reported having fever and dozens of people have died.

Villager Rajesh Kumar told AFP "Even after opening up a vaccine centre here, nobody is ready to take it."

Reports have emerged of people jumping into rivers or fleeing into forests just to run away from health teams.

A health worker at Bhatau Jamalpur village in Uttar Pradesh Hom Kumari said "What do we tell someone who says, 'If I'm destined to live, I will, even without the vaccine'?"

The community health specialist Rajib Dasgupta said coronavirus has also made the economic situation in India worse and villagers are worried about making ends meet.

He added that "It's extremely difficult to communicate why vaccination is important until some of those distressed conditions are alleviated."

In February, CNN reported that residents of an Indian slum were told they were being vaccinated in exchange for money. Residents later found out they were part of a clinical trial.