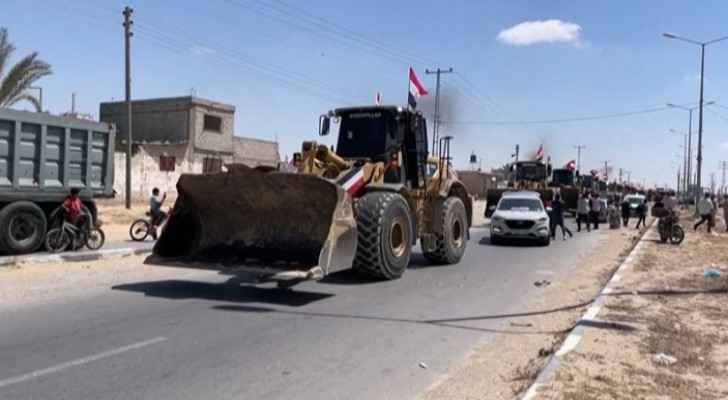 Egypt sent technical teams and engineering equipment to remove the rubble caused by the Israeli Occupation's 11-day aggression on Gaza. The aim is to prepare for reconstruction operations to rebuild Gaza, according to an official statement by Egypt.

The statement noted that the engineering equipment and technical staff crossed the Rafah border Friday into Gaza, following orders by the Egyptian President Abdel-Fattah El-Sisi. The goal is to 'relieve citizens of the Strip and help them return to their normal lives quickly."

May 20, Sisi announced the allocation of USD 500 million in aid for the reconstruction of Gaza, provided that Egyptian companies would participate in the process.

Mother in Egypt kills her baby using TV remote due to ....