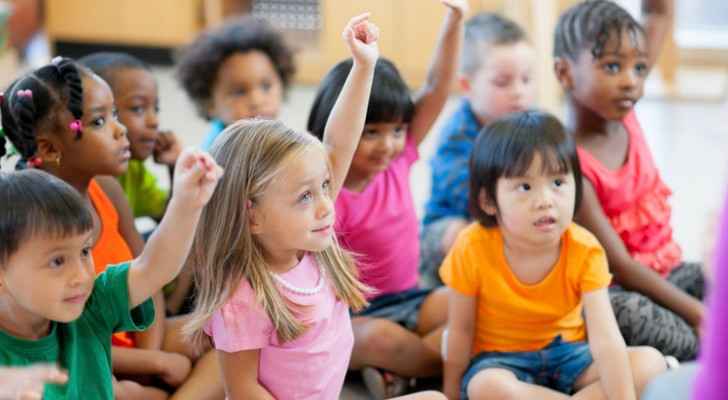 An annual study by the "Kidsrights" organization revealed Thursday that the Covid-19 pandemic has seriously affected the rights of children around the world, and warned of a "disaster for an entire generation" if governments do not take action.

The Amsterdam-based rights group warned that millions of children have been deprived of education due to health restrictions, with long-term consequences for their physical and mental health.

Iceland, Switzerland and Finland top the "Kids Rights Index 2021," which ranks 182 countries based on their compliance with the International Convention on the Rights of the Child. Chad, Afghanistan and Sierra Leone come last.

"With the ongoing global pandemic, we have had to address the devastating effects and impacts of COVID-19 that unfortunately far exceeded the expectations we set at its inception a year ago," said Mark Dellart, founder and president of the NGO.

He added, "Apart from coronavirus patients, children are the most affected, not directly from the virus but because governments all over the world have neglected them," stressing that "relaunching education is the key to avoiding a generational catastrophe."

According to the NGO, more than 168 million children have not been able to go to school, while one in three children in the world cannot attend virtual lessons.

The organization also congratulated Bangladesh for dedicating a national television channel to home education and praised Belgium and Sweden for trying to keep their schools open.

Additionally, the study's authors believe that 80 million children may not get routine vaccinations for other diseases due to the strain on health care systems.

They also expressed concern about the “sharp rise” of domestic violence during the closure period, of which children are often victims.

For the first time, the organization included Palestine in its list and ranked 104th for its interest in health care despite the difficult conditions.

In contrast, as in previous years, the UK, Australia and New Zealand rated poorly due to a lack of protection for some children. Austria-Hungary also fell in the rankings due to discrimination.

Hijjawi speaks about COVID-19 situation in the Kingdom

Hijjawi speaks about COVID-19 situation in the ....

Hijjawi speaks about COVID-19 situation in the ....