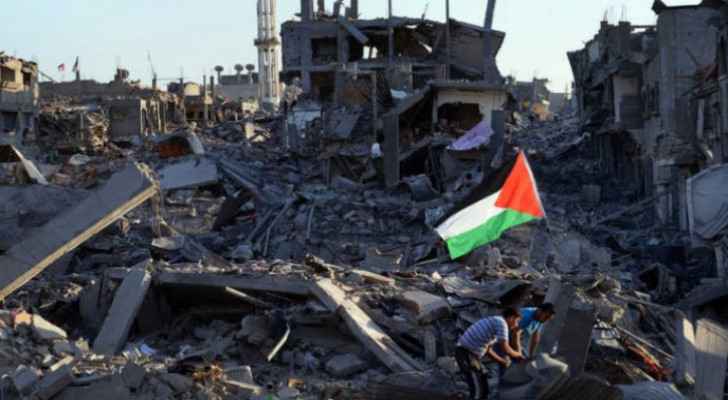 Tuesday, the representative of the European Union (EU) in Palestine, Sven Kuehn von Burgsdorff, called for ending the Israeli Occupation blockade on Gaza in order to facilitate reconstruction in Gaza.

Burgsdorff met with representatives of non-government organizations in the Gaza Strip and then held a news conference near the ruins of al-Jalla high rise that had been bombed and destroyed two weeks ago.

The reconstruction plan in the Gaza Strip "needs to lift the blockade to enable the populations to move freely and have free trade," he said.

He continued, adding that the "Israeli [Occupation] should end the blockade and reopen the crossing points and give the populations free access to movement."

"We are currently engaged in an urgent assessment of the damage caused to the Gaza Strip, and we will work to provide the necessary services," Burgsdorff said in a press conference held in Gaza City Tuesday, stressing that "Gaza must live in a state of stability, calm and peace."

He added, "We want a political solution not only in Gaza, but in all the Palestinian territories, and it is not possible to return to the same causes of conflict and crises," emphasizing that the EU wants "to ensure that the siege on Gaza is lifted in order to begin its reconstruction."

He stressed that all Palestinian forces must agree on a national unity government that will handle reconstruction and the political track, explaining, "we want an elected and honest democratic government in the West Bank, Gaza and East Jerusalem."

Burgsdorff said that "the Palestinian elections must be held and it is not permissible to continue 14 years without elections."