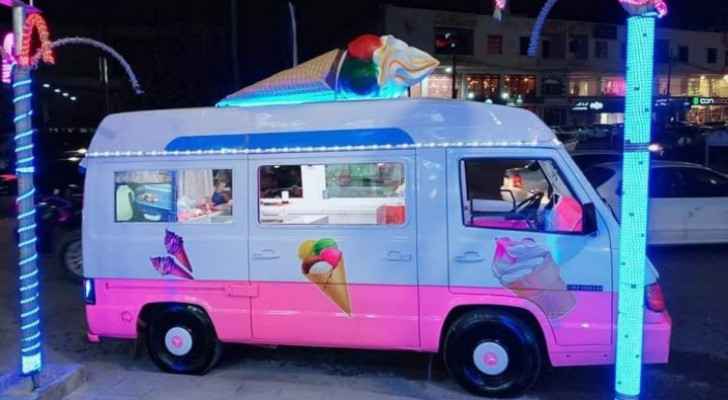 The Irbid Municipality banned two young men from the Husn camp, also known as Martyr Azmi el-Mufti camp, from running their ice cream truck business, which has been selling ice cream to the people of Irbid for the past year.

Ahmed al-Sqour and Abdel-Rahman Al-Qasrawi used to take turns running the business. One of the men is a university student and the other is unemployed. They started the business during the coronavirus pandemic due to their difficult financial situation.

The decision to prohibit them from operating sparked anger among the residents of Irbid, who demanded the competent authorities to reverse their decision.

Sqour said ice cream shop owners filed complaints against their ice cream truck, saying the music causes public disturbance. He believes his business was stopped because they hold a license to transport and not sell refrigerated foodstuffs.

Qasrawi and Sqour expressed their frustration with the municipality's decision to shut down their business, which became a source of income for both of them.

The temporary mayor of Irbid Qablan al-Sharif said the reason behind banning the ice cream truck from operating is their failure to obtain the required licensing. He told Roya that the truck does not comply with some public health guidelines.

Sharif explained that the vehicle will be granted the necessary license if it meets the relevant public health guidelines and can commit to selling ice cream rather than driving around.