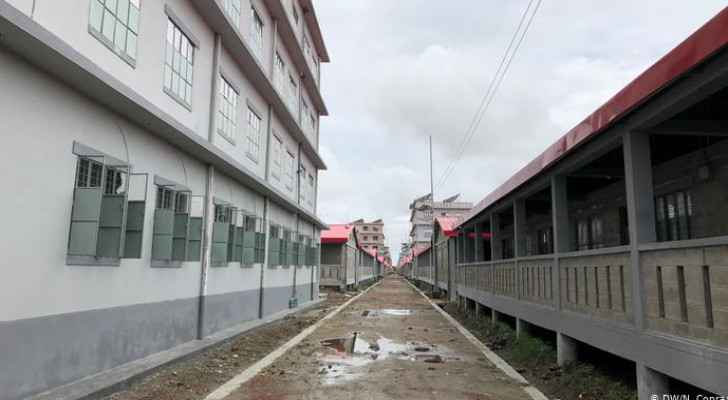 Several thousand Rohingya participated in a demonstration Monday to protest their living conditions on a hurricane-prone island off Bangladesh, where they were transferred from the mainland, police said.

Since December, Bangladesh has relocated 18,000 of the 100,000 refugees it plans to relocate to the muddy low-lying island of Bashan Char from Cox's Bazar district, where some 850,000 of them live in squalid conditions in overcrowded camps.

Most of these refugees fled a brutal military offensive in neighboring Burma in 2017, which UN investigators concluded was carried out with "genocidal intent."

Police said up to 4,000 people took part in Monday's protest, coinciding with an inspection visit by officials from the United Nations High Commissioner for Refugees.

"The Rohingya who are there were on alert the moment the UNHCR representatives' plane landed today" on the island, local police chief Almghair Hussain told AFP.

"They broke the glass of the warehouses by throwing stones at them. They attacked the police... Their demand is that they don't want to live here," he added.

A Rohingya man confirmed to AFP that police prevented them from entering a building where UNHCR officials were.

An international human rights activist said, quoting Rohingya sources, that the police used batons to disperse the protesters, noting that many of them were injured, which the police denied.

A police spokesman said that Rohingya protesters attacked the police and wounded several of them.

He added that they smashed a number of cars on the island.

She stated that "the delegation of the United Nations High Commissioner for Refugees was able to meet with a large group of refugees and listen to various issues they raised, which the delegation will discuss further with the authorities in Bangladesh."

She explained that the delegation is in Cox's Bazar and will visit the Rohingya refugee camps on Tuesday, before returning to Dhaka to meet with senior government officials.

After the first group was moved on Dec. 4 to the storm-prone island in the Bay of Bengal, many Rohingya told AFP they had been beaten and intimidated into agreeing to be transferred.

Rights groups quoted these statements, which were rejected by the Bangladeshi government, saying that the island is safe and its facilities are much better than those in the Cox's Bazar camps.

Police told AFP that at least 49 Rohingya, including women and children, had been arrested in recent weeks after fleeing the island and trying to return to Cox's Bazar.

But Rohingya leaders said dozens, if not hundreds, of the minority had fled and had already returned to Cox's Bazar.

A Rohingya refugee told France Press, who declined to be named, that he left the island by swimming and then boarded a fishing boat that was waiting for him after paying his owner $300.

He added that before agreeing to move to the island, he was assured that he would be able to return to his family in Cox's Bazar in two weeks.

"The Rohingya in Bashan Char are only given food, and there are no other facilities," he explained.

He also noted that promises that they would be able to work on the island in the agricultural and fishing sectors had not been fulfilled.

"The Rohingya are in terrible distress. Cox's Bazar is a thousand times better than Bashan Char," he said.

The UN commission did not immediately comment on Monday's protests on the island.

Rohingya in Myanmar fear the return of the military to ....

Rohingya in Myanmar fear the return of ....