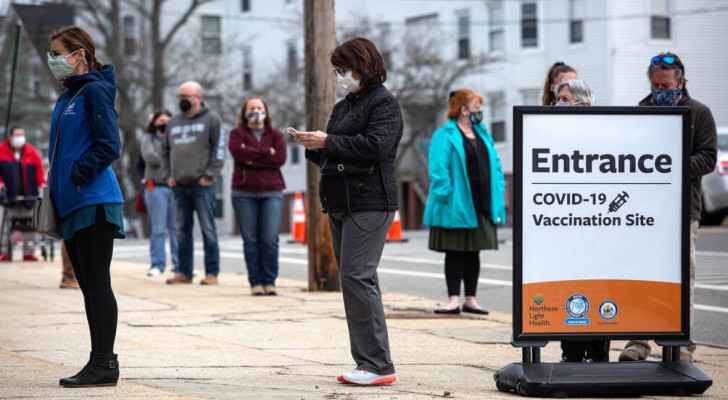 At a time when many countries are struggling to secure doses of a coronavirus vaccine, other countries are seeking to lure reluctant citizens into taking the vaccine.

This is what some countries are offering.

Australia's relatively good health situation and concerns about side effects of the AstraZeneca vaccine have caused some hesitation among citizens.

Therefore, the Australian airline Qantas stepped in, offering awards to vaccine recipients in an attempt to raise the herd immunity rate, currently around two percent, and allow the company to return to work.

"We will give ten mega prizes, at least one for each state and territory, where a family of four can get unlimited travel through the Qantas and Jetstar network to any destination within the network for a year," the company’s chief executive Alan Joyce told local media on Monday.

He added, "We are doing our best to help launch the vaccination campaign, and the awards will be retroactive and will include people who have received the vaccine before and will apply to people who will receive a vaccine until the end of 2021."

The downside to this offer is that options are limited as Australia's international borders, with the exception of New Zealand, are closed indefinitely.

To the north, reluctant Hong Kong residents were given a million dollar reason to roll up their sleeves. In the world's most expensive housing market, wealthy real estate dealers offered a new apartment in the vaccine lottery.

A one-bedroom apartment, valued at HK $10.8 million (US $1.4 million), will be the grand prize in this draw. However, only permanent residents of Hong Kong are eligible to participate.

Hong Kong is one of the few places in the world that has received more than enough doses to vaccinate its entire 7.5 million population.

But the lack of confidence in the government, in addition to the lack of feeling an urgent need to take the vaccine in a city relatively free of the virus, led to the reluctance of citizens and a significant slowdown in the vaccination campaign.

The Israeli Occupation had one of the highest vaccination rates in the world, and unvaccinated citizens were very worried about missing out on opportunities as many bars, gyms and restaurants reopened their doors only for those who were vaccinated.

As for Tel Aviv, it told residents earlier this year that it was time to "spend a night out!" With its "Take a Potion, Get a Potion" promotional offer that offered free drinks at temporary "vaccination bars."

Those who did not drink alcohol got coffee and a plate of dessert.