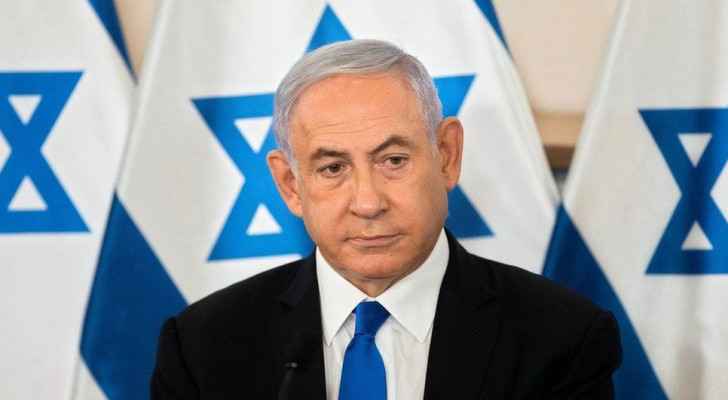 The leader of the Israeli Occupation far-right, Naftali Bennett, announced Sunday his support for opposition leader Yair Lapid, which strengthens the possibility of forming a "change government" that will end the era of Benjamin Netanyahu's long rule in the country's history.

Wasati Lapid now had to get the support of four other lawmakers only to form a coalition capable of turning the page on Netanyahu's rule.

Lapid's assignment from Israeli Occupation President Reuven Rivlin to form a government ends Wednesday at 23:59 (20:59 GMT).
"I announce that I will do everything possible to form a unity government with my friend Yair Lapid," Bennett said Sunday evening after weeks of ambiguity over his intentions.

"In these moments of truth, you have to know how to take responsibility," he added in a televised address, continuing, "I have disagreements with Yair, but we share a love for this country."

The two parties will start negotiations in the evening to complete their agreement, according to what they announced in a statement.
He also said, "The left makes settlements that are far from easy, when they ask me to be prime minister."

Netanyahu said in a televised speech, "This government will be a threat to the security of the State of Israel. It is the fraud of the century."

To form a government, Yair Lapid, leader of the Yesh Atid (‘There is a future’) party, must secure the support of 61 MPs. Before Bennett announced his support, Lapid managed to gather support from the left, the center, and two parties from the right (51 MPs).

Bennett, leader of the Right-wing party, won seven seats in Parliament in the March 23 fourth elections in two years. However, one of the Knesset members from his party expressed his refusal to cooperate with the anti-Netanyahu camp.

This means six additional seats, but the camp calling for an end to Netanyahu's rule has yet to accumulate four more seats, and he is counting on the two 1948 Palestinian parties, whose positions are still vague.

After weeks clouded by 11 days of violence against Palestinians, Yair Lapid on Friday resumed the proposal to form a "national unity government" expressing his hope for Forming a coalition that adopts the slogans "We are here together, our struggle is common, this country is all our responsibility."

Benjamin Netanyahu responded to this Sunday morning by inviting Bennett and Gideon Sa'ar, who leads a small right-wing party, to "come immediately" to start discussions about forming a coalition government of alternating presidents, starting with Saar, then Netanyahu and ending with Bennett.

Sa'ar, a former Likud party member, said on Twitter that he was not interested in inviting Netanyahu and announced his adherence to his project to "replace the Netanyahu regime."

25 years ago, on May 29, 1996, Netanyahu defeated Labor leader Shimon Peres to become prime minister for three years, then he returned to power in 2009 and has not left since.

Netanyahu is being tried on charges of corruption and he is the first prime minister to be prosecuted during his tenure.

The most widely circulated Yediot Aharonot newspaper, on Sunday, expected Naftali Bennett to join the anti-Netanyahu camp, but said that "a cloud of doubt will remain lurking until the last moment."

The free newspaper, "Israel Hayom", which supports the right, condemned the attempt of a "coup" to put an end to Netanyahu's rule with the support of "Hamas representatives." This appears to be an indirect attack on the "United Arab List" led by Mansour Abbas. It supports the Lapid Alliance.

In the event that the anti-Netanyahu camp fails to form a government, 61 deputies can request the head of state to assign a member of parliament to head the government.

As for the second scenario, which the voters fear, it is the call for new elections, which will be the fifth in a little over two years.