Siege of Sheikh Jarrah is test for credibility of international community: Foreign Ministry

Siege of Sheikh Jarrah is test for credibility of international community: Foreign Ministry 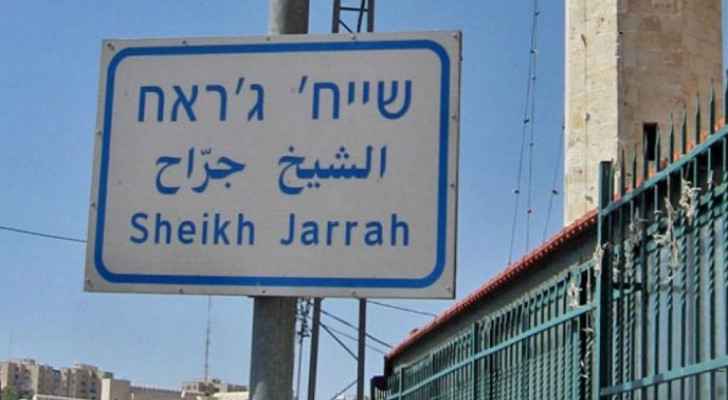 The Palestinian Ministry of Foreign Affairs said Sunday that the siege of Sheikh Jarrah neighborhood in occupied Jerusalem and the suppression of solidarity activists is a test of the credibility of the international community and the US administration.

The Palestinian Foreign Ministry condemned the attack by the Israeli Occupation Forces (IOF) on Saturday, in solidarity with the people of the Sheikh Jarrah neighborhood, who are threatened with forced displacement, and with journalists who were assaulted and arrested.

The ministry noted of the storming of Palestinian homes, the attacking of residents and the continued closure of the neighborhood entrance.

The ministry also strongly condemned the continued provocative incursions into the courtyards of Al-Aqsa Mosque, with the aim of perpetuating the division of the mosque in time until it is divided spatially, citing what happened earlier Sunday regading incursions led by Israeli Occupation ministers into the mosque courtyard.

The ministry considered that the continuation of the Israeli Occupation aggression and violations against the Palestinian people constitutes a disregard for the efforts made to reach a ceasefire, especially after 'hopeful announcements' made by the Biden administration and his Secretary of State, Anthony Blinken.