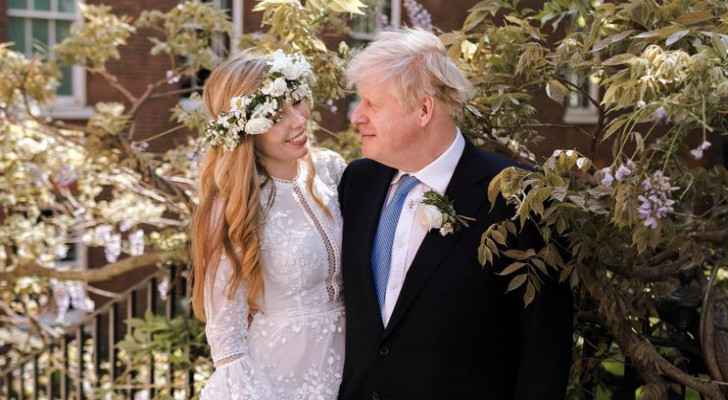 The marriage took place in a "small ceremony," according to a Downing Street spokesman, adding that the newly-wed couple will celebrate with their loved ones next summer.

Their honeymoon will also be delayed until then, said the spokesman.

The cathedral wedding ceremony was attended by 30 people, and guests received last-minute invitations, according to local media.

Even senior members of Johnson's office were not aware of the wedding plans, they added.

Johnson, 56, and Symonds, 33, have lived together in Downing Street since he became prime minister in 2019.

Last year, they announced their engagement and that they were expecting a son, who was born in April 2020.

Johnson has been married twice before and refuses to say how many children he has had, according to "Reuters".

Johnson's last marriage was to attorney Marina Wheeler, and they had four children, before announcing their separation in September 2018.