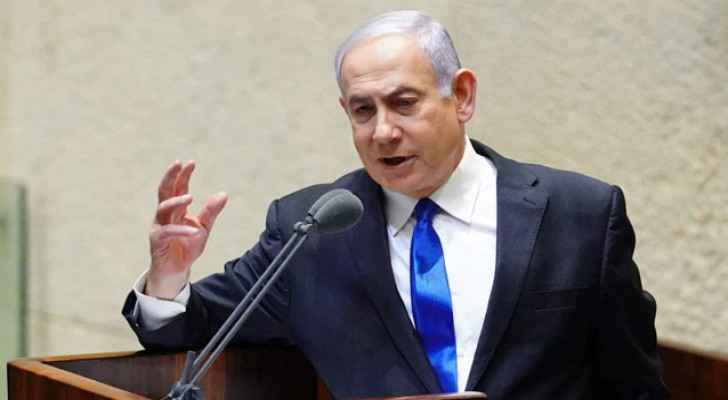 Sunday, Israeli Occupation politicians were close to forming a government coalition to end the 15 years of Prime Minister Benjamin Netanyahu's presence in power, in conjunction with the continuation of the truce talks that followed the ceasefire agreement with the Hamas.

The data of the Israeli Occupation political arena indicates that right-wing politicians Naftali Bennett and TV presenter Yair Lapid are heading towards forming a government "change" coalition that would overthrow Netanyahu, as the deadline for negotiations to form the next government approaches Wednesday.

Shortly after the March elections, Netanyahu failed to form a government coalition before Israeli Occupation President Reuven Rivlin entrusted the task this May to centrist leader Yair Lapid.

If Lapid and Bennett, who previously held a ministerial portfolio under Netanyahu, succeed in forming the "change" coalition, this will lead to the ouster of the prime minister, who has held the position since 2009.

The Lapid-Bennett coalition is expected to rely on rotation, as the far-right leader will occupy the premiership before leaving the position for Leed.

The government coalition will be joined by the "Israel Our Home" party, led by Avigdor Lieberman, and the Labor and Meretz parties.

However, the expected coalition remains in need of the support of hard-line right-wing parties that support settlements, as well as support for Arab representatives in the Knesset, matters that make it difficult to form a coalition.

In the last elections, which were held for the fourth time in nearly two years, Netanyahu's Likud party won 30 seats, but its hard-right partners refused to sit with the Arab parties and get their support, which caused the prime minister's failure.

Lapid and his centrist party came in second place, and the TV presenter was given four weeks to form the government, a deadline interrupted by the escalation with the Gaza Strip, which began on the tenth of this month before moving to the West Bank and the mixed Arab cities inside historical Palestine.

Political analyst Gayle Tlesher from the Hebrew University told AFP that the Israeli Occupation is "closer than ever" to the "coalition for change," saying that "Netanyahu is in a desperate situation."

According to Tlicher, Netanyahu had offered Bennett and his former dissident ally Gideon Sa'ar a special rotation agreement.

In a subsequent video, Netanyahu called on Sa'ar and Bennett to "come now and immediately" to meet him and join a tripartite rotation government.

"We are at a critical moment for the security, image and future of the State of Israel," the prime minister said.