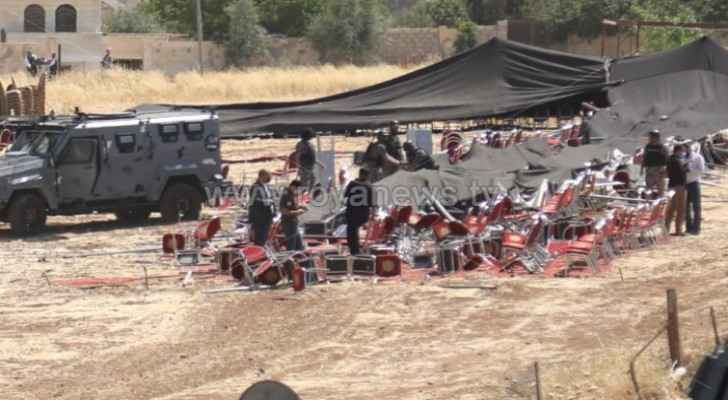 Saturday, security forces demolished a tent set up to receive supporters of MP Osama Al-Ajarmeh, following the Parliament’s decision to freeze his membership for period of one year, which was announced Wednesday.

The security forces broke up a crowd of Ajarmah supporters in Naour Friday, after they blocked the main road that leads to the Dead Sea.

In a statement issued Saturday, the Minister of Interior Mazen al-Faraya warned against planning gatherings or rallies that break the law threaten the cohesion of Jordanian society and tamper with national security.