The Palestinian cause in the diaspora: the multigenerational story of Palestinian-Jordanians

The Palestinian cause in the diaspora: the multigenerational story of Palestinian-Jordanians 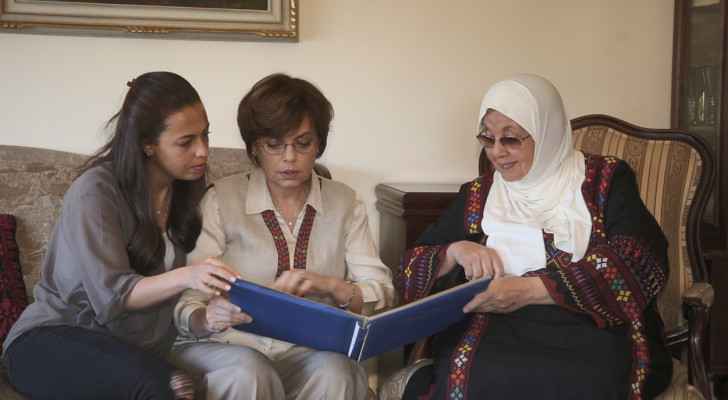 For the last 73 years, Palestinian heritage and identity has become an integral part of the Hashemite Kingdom of Jordan.

Today, most Palestinians and their descendants in Jordan are fully naturalized, making Jordan one of the only Middle Eastern countries to fully integrate Palestinian refugees of 1948.

-The beginning of ethnic cleansing in Palestine-

Going all the way back to the 1800s, contrary to popular belief, Palestine was a melting pot of religions. There was a community of Palestinian Jews, known as 'Yishuv,' who made up about three precent of the population.

However, they had no aspirations or desires to build a Jewish state.

But in the late 1900s, a political ideology began brewing out of Europe. This movement claimed nationalist tendencies and emphasized that Jews were a nation or race that deserved a modern Jewish State.

This is also known as Zionism.

The movement cited old testament beliefs that God promised Palestinian land to those of the Hebrew faith.

From there, Jews began slowly but surely buying land and building settlements in hopes to strengthen their claim to the land.

This created leeway for European Jews - who were mostly fleeing anti-Semitic persecution in Europe following WWII - to colonize Palestine.

This overall scheme was facilitated by non-other than the British, who were the occupying power from 1917-1947 in Palestine, with the aim of building a Jewish state.

This brought forward a UN Partition Plan in 1947, wherein Jews were allocated roughly 55 percent of the land, including most of the coastline, which would deprive the indigenous people of their 'bread and butter,' - agriculture and the sea.

In turn, Palestinians strongly rejected the plan, which created war between Palestinians and Zionists. However, Zionists, who had extensive training from fighting alongside Britain in WWII, defeated the indigenous people who suffered from violent military attacks and massacres.

This forced many Palestinians to be expelled from their homes, and many fled to Jordan.

Roya News English sat down with three generations of Palestinians-Jordanians to discover the importance of the Palestinian cause and how it was passed down from generation to generation.

Najat Shaker, a first generation Palestinian who was expelled from Palestine when she was just 10 years old, sat in her traditional Palestinian thobe.

She recalled one of her first memories of Zionists in her village.

"They took my fathers orchards.. and all the plants which did not bear any fruit yet," she said.

Shaker stared into the distance, telling the Roya reporter, "Palestine means to me what your child would mean to you, or your soul."

Life was beautiful, she continued, noting the peacefulness of her homeland.

"But then, there were bombings... the bombings killed people."

However, since settling in Jordan, Shaker's love for Jordan seemed to also match her love for Palestine.

When she explained where she was from, she said "I am from Qalqilya, but now I am Jordanian. I am all of those."

Her daughter, Maysoon Darwish, told Roya News English she is from Jaffa.

Yet, she also said her nationality is also Jordanian.

"Look, I say I am Palestinian-Jordanian, but many times I also say I am Jordanian-Palestinian. In my opinion, the identity is one. There is no difference in my opinion. The focus on me being Palestinian is so we do not forget."

Jude Sajdi, the third generation daughter explained how she is both Palestinian and Jordanian. "My dad was born in Nablus and my mother is from Jaffa, and I was born in Amman."

She noted the importance of keeping Palestine relevant in the younger generation. Sajdi explained how she strongly felt the plight of her grandparents as they fled from Zionist violence.

When her grandparents were expelled, she explained that their stories of expulsion and how they were forced to rebuild, became personal.

She explained that she felt "guilty."

"The trauma begins there," she indicated. But, Sajdi added that there is so much that this young generation can do, pointing to social media.

"[Social media] is making a huge difference, because whoever lives in Sheikh Jarrah is able to start a live story to show what is happening over there… I mean the truth becomes clear, no one can change it."