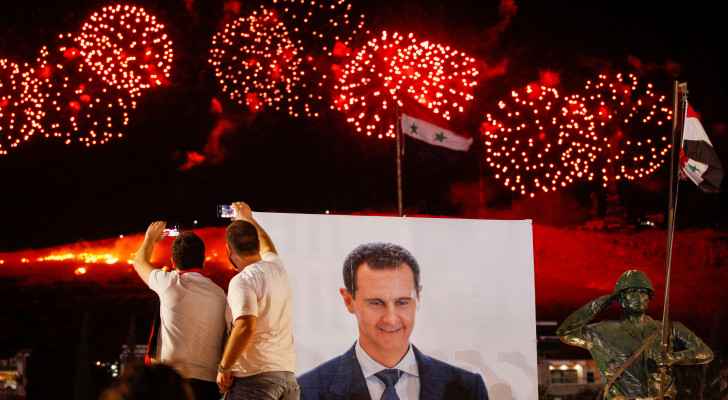 Late Thursday, the Syrian parliamentary speaker Hammouda al-Sabbagh announced that President Bashar Al-Assad has been re-elected for his fourth term, with 95.1 percent of the votes cast, following an election criticized by opposition and Western nations.

Sabbagh noted that 14,239,140 individuals cast their votes from home or abroad, which "represents 87.64 percent of cast votes."

The two other candidates, the former state minister Abdallah Salloum Abdallah and Mahmud Behi, a member of the so-called 'tolerated opposition,' received 1.5 percent and 3.3 percent of the votes respectively, according to official results.

Western nations including the US, Britain, France and Germany accused the polls of being "neither free nor fair."

The vote extending Assads reign was the second since the beginning of the decade-long civil conflict that killed over 388,000, displaced millions and shattered the country's infrastructure.